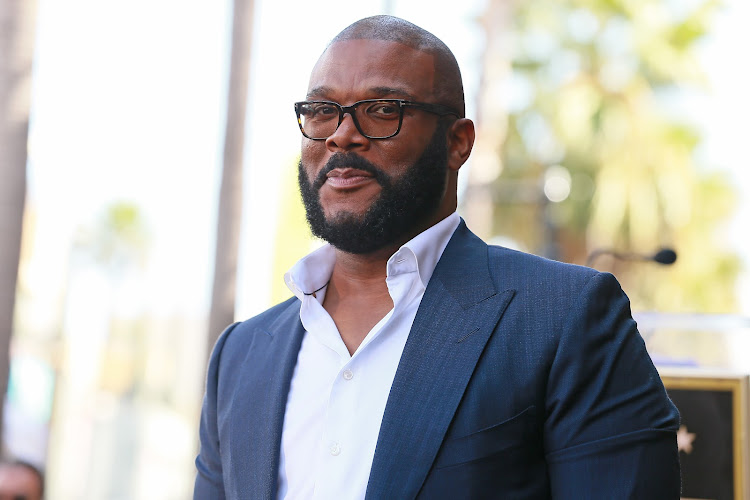 Tyler Perry is passionate about giving women the voice they need in his films.
Image: Leon Bennett/WireImage

American actor and film producer Tyler Perry has hit back at criticism that his films apparently "depict women in a negative light, as battered and deranged", telling TshisaLIVE that women's stories need to be told.

Tyler's new Netflix film, A Fall From Grace, tells the story of a woman who is incarcerated for murdering her husband and a lawyer who thinks there may be a conspiracy at play.

CATCH A GLIMPSE OF WHAT TO EXPECT:

Tyler recently made headlines and received backlash for his films, which many believe show women in a bad light. When asked what his views were about the criticism, Tyler explained that he plans to continue to tell women's stories regardless of what people say.

“My hope in doing these films is that ... my mother was in a horrible relationship with a man for 40-something years, and what my hope was for her to know that she's worthy, special and powerful as a black woman.

“I was hoping one day she'd get to seeing worth and to see that she deserves better than that.”

Tyler highlighted that every time he writes a script for one of his shows, he is not only referring to black women or African women who have their lives together, but those, like his mother, who were struggling with love and trying to figure it out.

“There are great movies where women are in great relationships that other people have written, that's not what I wanted to do. As an artist I'm doing what I want to do.”

Known for giving “angry black women” a voice in his movies, Tyler said all women needed a voice and that shouldn't be taken away from them.

Talking about his work on A Fall From Grace, Tyler said he wanted to do something different.

“I've read a lot of stories about boy meets girl and girl gets her heart broken. So, with this film, I wanted to do something totally different that no-one was expecting. This is a boy meets girl story, but you'd never guess what's going to happen in the end.

“The script, for me, was really a joy to write and read and shoot. The cast was incredible. So I'm excited about it.”

Disheartened since her ex-husband’s affair, Grace Waters (Crystal Fox) is restored by a new romance. But when secrets surface, Grace’s vulnerable side turns violent. An electrifying thriller co-starring Phylicia Rashad, Bresha Webb, Mehcad Brooks, Cicely Tyson and writer/director Tyler Perry. Watch A Fall from Grace, only on Netflix: https://www.netflix.com/title/81127902 SUBSCRIBE: https://bit.ly/29qBUt7 About Netflix: Netflix is the world's leading streaming entertainment service with over 158 million paid memberships in over 190 countries enjoying TV series, documentaries and feature films across a wide variety of genres and languages. Members can watch as much as they want, anytime, anywhere, on any internet-connected screen. Members can play, pause and resume watching, all without commercials or commitments. Tyler Perry's A Fall from Grace | Official Trailer | Netflix https://youtube.com/netflix When gentle, law-abiding Grace confesses to killing her new husband, her skeptical young lawyer sets out to uncover the truth. A film by Tyler Perry.

Vatiswa Ndara has a solution to ‘lily white’ Oscars: Tyler Perry, start your own awards

Vatiswa's idea got a lot of approval from fans.
TshisaLIVE
2 years ago

"Nobody writes any of my work. I write it all. Why am I telling you this? I wrote all of these scripts by myself in 2019. Work ethic!"
TshisaLIVE
2 years ago