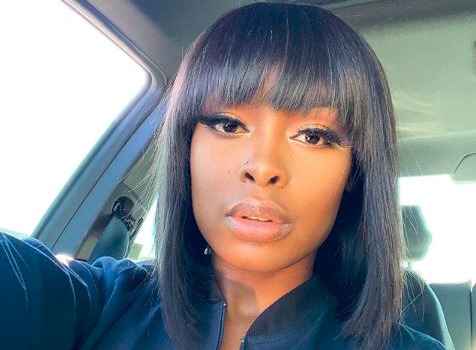 TV personality K Naomi has addressed the social media storm that erupted after her comments on the prevalence of HIV/Aids in SA, telling her followers the disease has become the norm.

In a now-deleted tweet, she wrote: “HIV Aids is becoming the norm. This is scary.”

Shortly after she posted the tweet, many called her out for being “ignorant” and “insensitive” about the disease.

She soon topped the trends list and divided tweeps.

Later, K Naomi issued a statement on Twitter reiterating that HIV/Aids was a huge problem in SA.

In it, she appreciated people's contributions to her tweet and said it was, perhaps, a debate that would never be settled.

“HIV/Aids poses a huge problem to the world's population. There are an estimated 7.97 million people living with the disease in SA alone. Of those 7.97 million, my family has been directly affected by the disease.

“It's prevention about how it's contracted, there are still too many people dying and something must be done for us not to lose any more lives.”

She said many South Africans were still afraid to get tested, despite the awareness that exists.

“I've noted with keenness how little many of you say of my intelligence and the lack thereof. I can accept that.

“But spare a thought for someone living in the most remote parts of this country who knows the disease exists, but has no access to basic health services to get tested and treated in time to live a long life.”

Naomi urged people to spare a thought for those whose loved ones were infected: “Because seeing someone suffer from Aids and any other disease is scary and painful.”

Some were not convinced by her explanation, while others felt she didn't need to explain herself.

It gets worse with an explanation 😏

Babe, batho ba baska go tshosetsa, there was nothing wrong with your tweet

It has to become a norm, then there won't be any Stigma left. People won't be scared to get tested or to open up about their status or to be judged..
.....

The truth hurts sister K and what you're saying is the truth. Most people are allergic to it nowadays ❤❤

I think you're missing an apology to those you may have offended. At the end of the day your tweet perpetuated stigma and was insensitive. Know better. Do better.