IN MEMES | Fans want Lindiwe of 'The River' to be given her Oscar already! 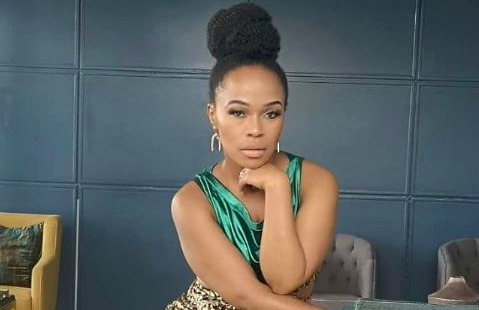 Actress Sindi Dlathu plays Lindiwe in The River, and many viewers are blown away by her performance.
Image: Instagram/Sindi Dlathu

Viewers of The River are having a hard time separating reality from fiction, particularly after watching actress Sindi Dlathu in action as Lindiwe.

The beginning of season three has been nothing short of amazing as the Dikana family tries to deal with the death of Mbali.

The emotionally-charged storyline has lead to some fans taking a break from watching the show, for fear of being triggered. Others have continued watching and have constantly been left in their feels by the brilliance of the actors.

Lindiwe has stuck out for her raw emotion as she mourns her child, and for the few moments when fans remember it is all make-believe and have given her props for her "elite acting".

I don’t blame him. I love #TheRiver1Magic , the only thing I have watched consistently since season 1. But after Mbali’s death, I have decided to take a break. The crew is brilliant. Unfortunately it’s triggering especially if you have lost a loved one. I am not brave! pic.twitter.com/u3ZOwyuocB

#TheRiver1Magic
We are not lucky, but blessed to have her on our screens. pic.twitter.com/dfHeFW9Dn5

Tumi cannot even look Lindiwe in the eye. #TheRiver1Magic pic.twitter.com/wvVYiguYrU

Eish!
I know that #TheRiver1Magic is just a story - mara no parent must ever bury their child, not even the evil ones like Lindiwe. 😭😭😭Go botlhoko maan pic.twitter.com/qSY0TAROvO

Out of all people why Mbali?
The Dikana's are forced to bid an emotional farewell to one of their loved ones while Tumi struggles to deal with the consequences of her actions. #TheRiver1Magic pic.twitter.com/2lHtnWPg9d

There's acting... Then there's 'The River'. Wow!
TshisaLIVE
2 years ago

This is why you shouldn't use people's identity without their knowledge!
TshisaLIVE
2 years ago