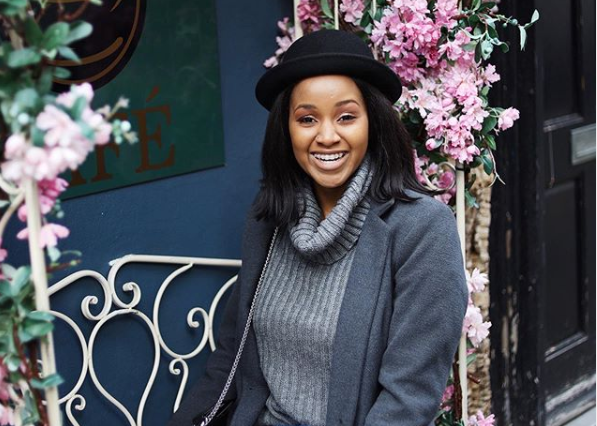 Mpoomy Ledwaba is selective about what terms people can use to compliment her daughter.
Image: Instagram/Mpoomy Ledwaba

YouTuber Mpoomy Ledwaba left the TL a bit tense on Monday after she expressed her disapproval of people calling her daughter "makoti" when trying to compliment her.

Mpoomy, who is Idols SA runner-up Brendan Praise's wife, took to Twitter to say she found adults who called children "bride/wife" or "son-in-law" quite creepy.

"Nothing creepier than adults seeing babies and calling them makoti or mkhwenyane," she wrote.

Mpoomy and Brendan welcomed their daughter Nuri in 2018 and the baby girl has since grown cuter by the day.

Now just over a year old, Nuri has won over her parents' fans and seemingly attracted comments - intended to be compliments - where people refer to Nuri as their makoti.

However, Mpoomy is not about that. She didn't hesitate to set people straight for claiming that the terms of "endearment" were harmless.

"Imagine placing your daughter’s worth on marriage. My daughter is worth way more. To you it may be a compliment, but allow us to feel otherwise about our children," she said.

Imagine placing your daughter’s worth on marriage. My daughter is worth way more and to you it may be a compliment but allow us to feel otherwise about our children. I’m not raising a “wife” I’m raising much more.🌸 https://t.co/cw0qRkI26s

Obvs tweeps had mixed feelings about Mpoomy's opinion. Here's what some had to say.

Come on guys stop judging old people like that we grew up in different generations and set upa you are unfair!

I think in our modernisation & liberation we also need to be balanced & understand our culture & elders. They were raised in the rural areas where being wife potential is a compliment,they didn’t choose to be born in such surroundings, they are a product of their environment.

One thing remains true: to each her own.

Brenden Praise on becoming a dad: God has blessed us with this perfect gift

Brenden Praise and his wife welcomed a queen into the world.
TshisaLIVE
3 years ago

Raising a superstar! AKA thinks Kairo is going to be a musician

Kairo is AKA's number one!
TshisaLIVE
2 years ago