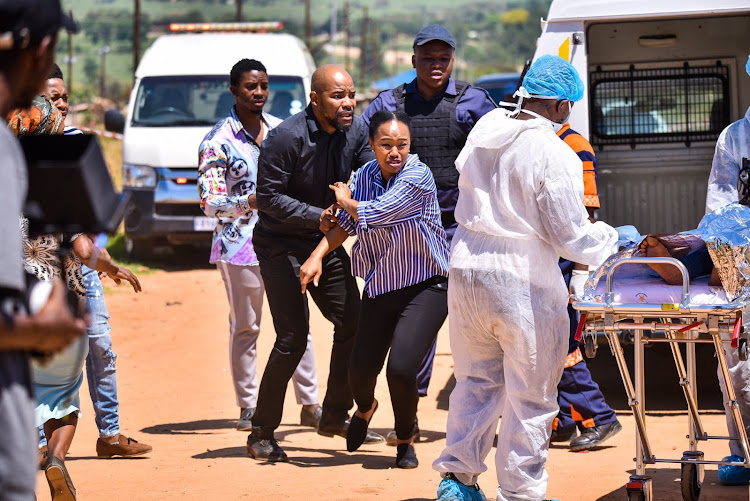 'The River' has provided South Africans with some of the best entertainment they've seen.
Image: Twitter/Phathu Makwarela/The River

Fans of The River have gone through the most since the emotional and thrilling season 2 finale on Friday. They have also been exposed to some of the best acting in ages!

The final episode saw the end of the road for Lindiwe's daughter, Mbali, played by Zenokuhle Maseko.

Her last scenes will go down in history as some of the best Mzansi has seen and amplified the other actors' talent.

Sindi Dlathu, who plays Lindiwe, left her fans in awe of her acting abilities as she wept in disbelief at the loss of her daughter in the show. Hlomla Dandala (Zweli) was also in top form.

As season three begins, fans are sure the cast has raised its bar.

Check out these standout moments:

All fans have been able to do since last week is marvel ... and no-one can blame them because, wow! That is what great acting is all about!

'The River' is returning, but all Mzansi wants to know is whether Zolani is alive

The best of SA's breakthrough decade of film and TV