Fans #PrayForMenziNgubane amid reports of the actor's hospitalisation 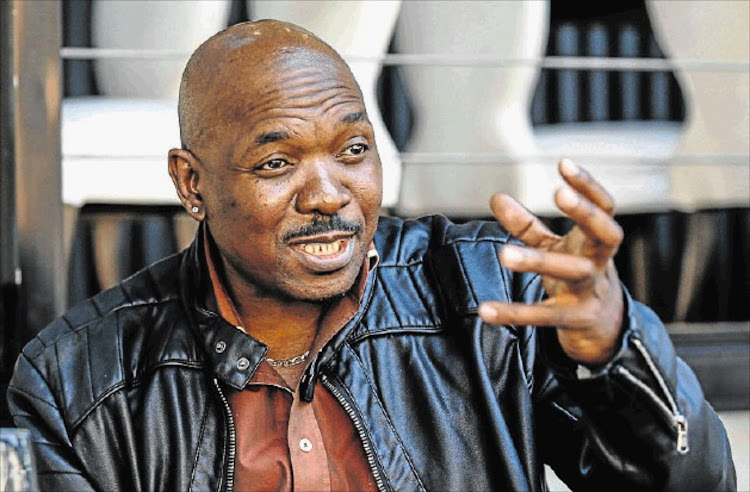 Menzi Ngubane was admitted to hospital a few days ago after falling ill.
Image: Simphiwe Nkwali

There's been an outpouring of well wishes for veteran actor Menzi Ngubane, who has reportedly been admitted to the Charlotte Maxeke Hospital in Johannesburg.

This is according to the Illanga newspaper, which reported that Menzi was admitted to the hospital a few days ago after his health took a nosedive.

"Menzi was admitted in the hospital complaining about feeling well. However, no illness was specified," the newspaper reported, quoting an unidentified source.

Menzi suffered kidney failure and underwent a kidney transplant in 2014. It is unclear if this is related to his most recent hospitalisation.

When contacted for comment by TshisaLIVE, Menzi's wife, Sikelelo Sishuba said she could not comment at this stage as she was currently in a family meeting. She did commit to providing an update later in the day.

This article will be updated when the comment is received.

Meanwhile, Menzi's adoring fans have flooded Twitter under the hashtag #PrayForMenziNgubane with messages to wish him a speedy recovery.

Father you said in your word that you will never leave us nor forsake us,We declare healing,we ask that Lord Jesus may you comfort him And his family as well.We speak deliverance and healing in Jesus Christ name we pray.
Amen🙏❤️#PrayForMenziNgubane pic.twitter.com/7TT8zNiAJQ

Team no sleep, before we go to sleep at 06:00 am, lets gather here & pray for Bra Menzi Ngubane. He is fighting for his life at Charlotte Maxeke Hospital with suspected recurring kidney problems.#PrayForMenziNgubane pic.twitter.com/Vuzsc3AHf3

We grew up being graced with his presence. We still need more from this Legend🙏#PrayForMenziNgubane pic.twitter.com/H2PWpKauEN

Father we trust in your name that he will recover. Give him the strength to recover so he can be with his family and friends. As Fans we love him.❤️

No sickness formed against you shall prosper. Heavenly Father I pray that you may heal him and give him strength. Joshua 1:9 #PrayForMenziNgubane pic.twitter.com/4xhHoshgxW

This is honestly one of the worst things somebody can go through, having kidney failure, it's a grim reality, im witnessing this myself everyday with someone so dear to me, while still looking for a donor, I don't wish this on ANYONE! Everyday is a struggle #PrayForMenziNgubane

You are in my prayers May God give you strength to beat this the country will be waiting for your return ❤️❤️❤️❤️✊🏾✊🏾✊🏾 #PrayForMenziNgubane pic.twitter.com/gfz1lFPocC

Speedy recovery to one of South African treasures, I knew that u're strong after uMgijimi bites all your neck out with Fezile putting 3 bullets in your chest yet u survived. In God we trust n I know you'll beat ds n hopefully see u gracing our screens again #PrayForMenziNgubane pic.twitter.com/zb7ePR3F3S

Before we sleep, let’s not forget to include Menzi Ngubane in our prayers 🙏😭🙏#PrayForMenziNgubane pic.twitter.com/CgcGd09Nvl

Fans won't even front! The new cast gives them LIT vibes for 'The Queen' season 5
TshisaLIVE
2 years ago

Menzi Ngubane clears the air on 'Isibaya' exit: I leave a happy man