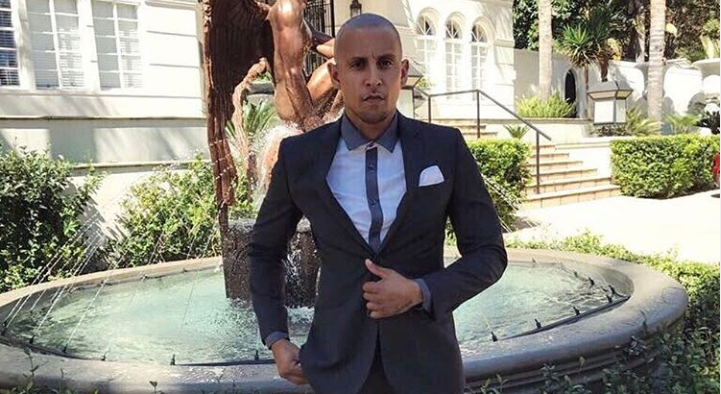 DJ Warras has weighed in on the government's decision to postpone the reopening of schools.
Image: Via DJ Warras' Instagram

Radio host DJ Warras, Maps Maponyane and poet Lebo Mashile were among celebs who have slammed the government’s handling of the reopening of schools, including postponing the return at the 11th hour.

The basic education department announced on Sunday evening, just hours before learners were set to return to school, that the reopening of schools for grade 7 and matric pupils has been postponed by a week. It said a “substantial number of schools” were not ready.

The decision sparked anger on social media, and DJ Warras took to Twitter to claim the department had said it was ready and was now backtracking on its decision.

“We are literally waiting for an update on something they were ready for and said they’re ready for last week! What changed? Now at the 11th hour — ‘Sorry we made a mistake.’”

He said he had received a message from a parents' group saying it was decided late on Saturday to postpone the return of pupils.

We received a message this morning in the parents Group @ 7am - that @ 11pm last night the relevant people were informed that they will not be returning. As “Not all schools are ready” mine are in grade 5 , grade 3 and grade R. So they were going back from next week or summin’ https://t.co/hRpjtuTYZF

We are literally waiting for an update on something they were ready for and said they’re ready for LAST WEEK! What changed ? Now at the 11th hour - “Sorry we made a mistake...” 😐 okay. https://t.co/yOG9nhM9gT

Maps said he didn’t think it was fair on parents to have the reopening of schools changed at the last minute.

“Don't think it's fair to notify parents the night before, to be honest, but I guess it is what it is,” he told a follower.

While she applauded the postponement, Lebo penned a lengthy post on Facebook about her frustration as a parent.

In it she also slammed the state of the national broadcaster and said TV and radio should be playing a big part in educating pupils during the lockdown.

This is the Facebook status I have just posted in response the opening of schools tomorrow & Ethiopia’s brilliant initiative where the state broadcaster is being used to educate learners during lockdown. pic.twitter.com/v3f13h9U82

'I don’t mind what adults do as no one is forcing them. But forcing parents to send their kids to a possible infection is unconscionable.'
TshisaLIVE
1 year ago

'It's tough': Kgomotso Christopher on helping kids with neurological conditions

"Normal schooling can be challenging for our kids, but wow, never thought online school would be tougher. The struggle is real."
TshisaLIVE
1 year ago

Everyone agrees the department of education has to make very tough decisions.
TshisaLIVE
1 year ago