'Oprah took a chance on me and afforded me the opportunity to do great things and I want to do the same and be that person in somebody else's life.' 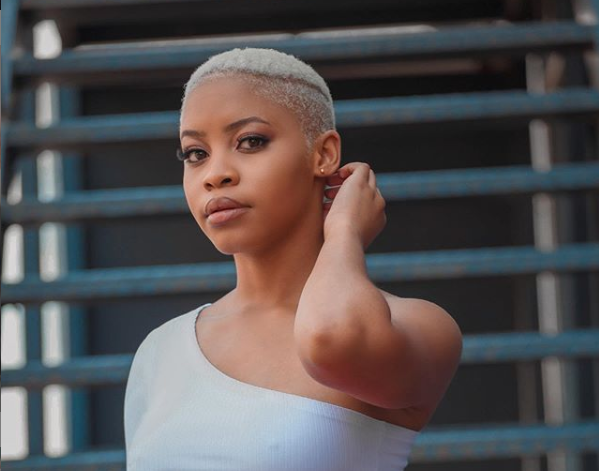 LISTEN TO WHAT SHE HAD TO SAY HERE:

Gomora star Siphesihle Ndaba has won over Mzansi with her portrayal of the rough, female gangster Mazet but in real life the driven young actress plans to change the world for the better, drawing inspiration from her mom and her mentor, US media mogul Oprah Winfrey.

In an interview with TshisaLIVE, Siphesihle opened up about the person behind the character.

Siphesihle said she learnt from two great women that she can be anything she wants to be.

“So many things inspire me, I don't think there's one thing that inspires me. Something that keeps me going is my mother and how much of a selfless leader she is and how much of a compassionate person she is. We didn't have much growing up. A single mother raising three children and she worked a housekeeping job and obviously earned minimum wage.”

Siphesihle explained that her mother did all she could to ensure that she didn't feel like an outcast because they weren't well off compared to other children. Despite the situation at home, Siphesihle's mother ensured that they had all they needed to grow up into adults who knew they had infinite potential.

When she was in high school another woman would also change her life and that was US media mogul Oprah Winfrey, who through opening a school in SA had a huge affect on Siphesihle.

The actress, who attended the Oprah Winfrey Leadership Academy for Girls from grade 10, said she owed a lot of what she's become and is becoming to the inspiration she drew from Oprah.

“I am inspired by Oprah Winfrey a lot. She gave me the opportunity to attend her school and experience things and learn so much that I wouldn't have had she not opened that school. I am so grateful for that and so my inspiration also comes from the idea that I want to create that world for somebody else. Somebody else took a chance on me and afforded me the opportunity to do great things and I want to do the same and be that person in somebody else's life.”

Listen to the full podcast below.

Siya Xaba on filming during Covid-19: We get anxious, but we just need to be cautious

"Everyone is excited to be at work, rather than stuck at home, but we just need to be cautious because we love being on set and want to carry on ...
TshisaLIVE
1 year ago

Actor Sicelo Buthelezi wants y'all to know he's not Teddy.
TshisaLIVE
2 years ago

'Deeply grateful to be part of this amazing new production,' Katlego said
TshisaLIVE
2 years ago