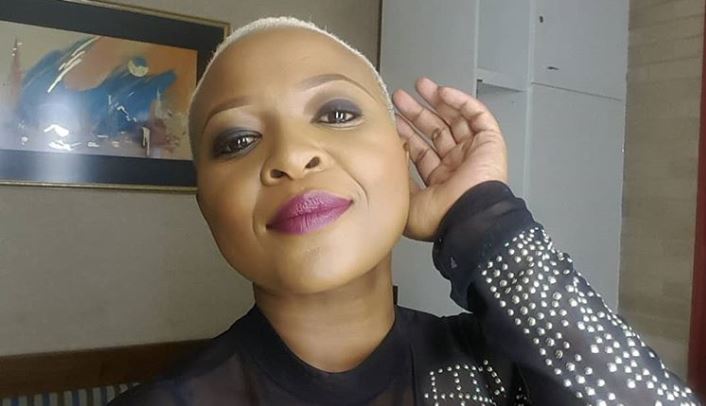 The account caused a Twitter storm this week when it posted several comments about the differences between black and white cultures.

In one post it questioned why black people spent so much money “to be like whites”, by wearing “white people's hair” and throwing white weddings.

Manaka was one of several celebrities who responded to the post and, in an open letter to the account, claimed white people have been trying to replicate black African culture for the longest time.

She also posted pictures to back up her claims.

Dear Tracy Zille QHU👏🏾BE👏🏾KA👏🏾 . . . . . Your brothers find us exotic 💃🏾🔥👌🏾 . . . Your so called messiah has been trying to take over Umvelinqangi nedlozi for the longest time without fully succeeding. Busy calling us demonic for sticking to our roots nd culture. . . . . I won't even waste my breath on weddings. . . . OK👏🏾SA👏🏾LA👏🏾YO👏🏾 awusiyeke tu mfazi womlungungu omnyama. We 👀👀👀 you. . . . Yours truly Proud Black Sister✊🏿 From iHuman Race

DJ Sbu also weighed in on the tweets, claiming the account “is for the most part not lying”.

Actor Fana Mokoena also got into a debate with the account, urging it to use its energy to “return the land”.

“You might want to start telling white people to return the land they stole from black people. Do it with the same vigour you have for black criticism. So until the land is back, black people can do as they please with what you term ‘white culture’. Start with you own,” he said.

I think your finger is pointing at wrong people. Only Black people have the authority to give blacks their land back.

In 1913 we passed Land Act and took the land. Do the same if you have balls

Musician L'vovo shared his support for the account's comments but later grew tired of it, calling it a fake account.

WATCH | Manaka Ranaka dancing with her parents will make your day!

This violence needs to stop! Celebs weigh in with their thoughts on the issue..
TshisaLIVE
2 years ago

Why not close them down? - Manaka Ranaka lambastes stores selling expired goods

Manaka says that if they are not stopped, owners will just change the expiry date on the labels.
TshisaLIVE
3 years ago