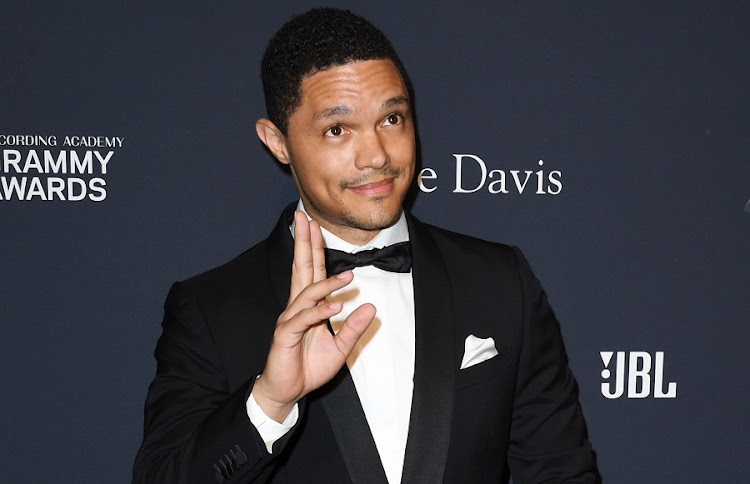 Joe Biden's decision to name US senator Kamala Harris as his running mate in the upcoming elections in that country has been applauded by SA stars Penny Lebyane and Trevor Noah.

Harris's new role will set her up to possibly make history as the first female and first black vice-president in US history. She is already the first black woman to be nominated for the post by a major political party.

In his announcement on Tuesday, Biden hailed Harris as “a fearless fighter for the little guy, and one of the country’s finest public servants”.

Her name was soon trending on social media around the world, including in SA, where Penny celebrated the news.

In an Instagram post Penny said it was time for women of colour to stand up and take their “rightful place”.

“A women of colour’s lived experience is what the world needs to accept. The voices of women have shaped our realities in recent history, and it's about time women of colour rise to their rightful place.”

Trevor took to his The Daily Show to weigh in on the decision, and joked that current US president Donald Trump would struggle with Harris.

He then set aside the humour to congratulate Harris and point out the moment was historic.

“Congratulations to Kamala Harris. She is now the first black woman on a major party ticket, which is a great moment for her and for America,” Noah said during his show.

Did Joe Biden pick Kamala Harris just so she can’t dust his ass in public again? Who knows, but congrats to the first Black woman on a major party ticket. pic.twitter.com/QvAqmgFkTJ

"Police in America are looting black bodies. And I know someone might think that’s an extreme phrase, but it’s not,” said Trevor.
TshisaLIVE
2 years ago

Sis was in preach mode ... and we were passing along the collection plate
TshisaLIVE
2 years ago

Fans of Trevor finally put a face to the guy that introduced the comedian to tacos!
TshisaLIVE
1 year ago