Actress Makgotso M gets mistaken for 'John Vuli Gate' viral star: 'My own mother said it was me' 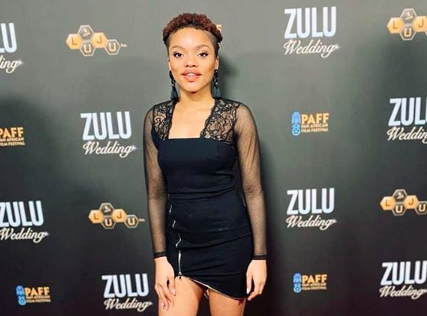 Actress Makgotso Monyemokathoe, aka Makgotso M, was mistaken for Arianna Kat from the viral #JohnVuliGate challenge, and even her own mother was convinced for a moment!

Celebrity lookalikes can get us confused sometimes. Katy Perry or Emily Blunt? Margot Robbie or Jaime Pressly? Who is actually your fave?!

SA's own Makgotso M found her lookalike this week, and took to Twitter to share the hilarious story.

Haibo guys! My friend just sent me this. You want to know a joke? My mom saw the video and thought it was me. I was soooooo confused, my own mother! I was like how? She was like, those are your legs. Anyways, it's a compliment, she kills it and shes hot! pic.twitter.com/xO5oEDvYS4

As we know, the hit song John Vuli Gate went viral after a group of women posted a video of their own choreography.

The women who promoted the song to national appreciation have been making waves across the internet with their moves and star power.

Isidingo star Makgotso posted a meme that has been circulating on the internet of a side-by-side of the star with one of the John Vuli Gate woman, Arianna Katt. Fans obviously muddled the two.

Makgotso said though the new dancing star is absolute flames, we mustn't get it twisted. Her own mother believed she went viral for a hot minute there.

“Haibo guys! My friend just sent me this. Do you want to know a joke? My mom saw the video and said it was me. I was soooooo confused, my own mother! I was like how? She was like, those are your legs. Anyway, it's a compliment, she kills it and she's hot!” wrote Makgotso.

Makgotso M weighs in on 'human lives vs profit' debate

Makgotso shared her opinions on the "profit vs saving human lives" debate..
TshisaLIVE
1 year ago

Feeling anxious during lockdown? Makgotso M has some advice for you

Actress Makgotso M: ‘It’s okay to admit if you’re not okay and ask for help'