“My child is barely even a week old. Who told y'all I needed help creating a page for her?” an angry Yolanda asked 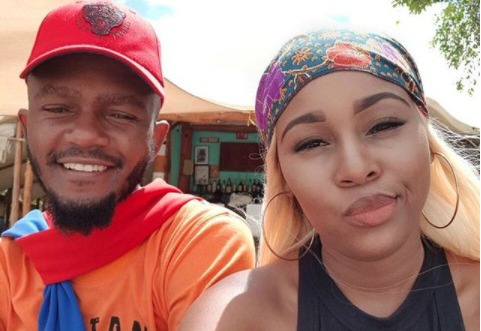 Rapper Kwesta and his wife Yolanda Vilakazi welcomed their lil one a few days ago but the baby girl already has five fake Instagram accounts in her name. Mom Yolanda was understandably infuriated when she found out.

The Vilakazis shared their joy at finally being able to hold their baby girl, who they named Kenya Elihle Vilakazi. Little Kenya was born on the November 11 and some people took the liberty to open social media accounts for her — unprovoked!

While Kwesta hasn't said anything about it, his wife was not impressed and took to her Instagram to give the impostors a piece of her mind!

“My child is barely even a week old. Who told y'all I needed help creating a page for her? If I was going to (which I absolutely was not and will not) I'm quite capable of doing it myself, on my terms as her mom. Habe Ukuphapha! Ukugula! Super pissed,” Yolanda wrote.

The mother of two went on to ask people to kindly, unfollow, block and report the fake accounts. 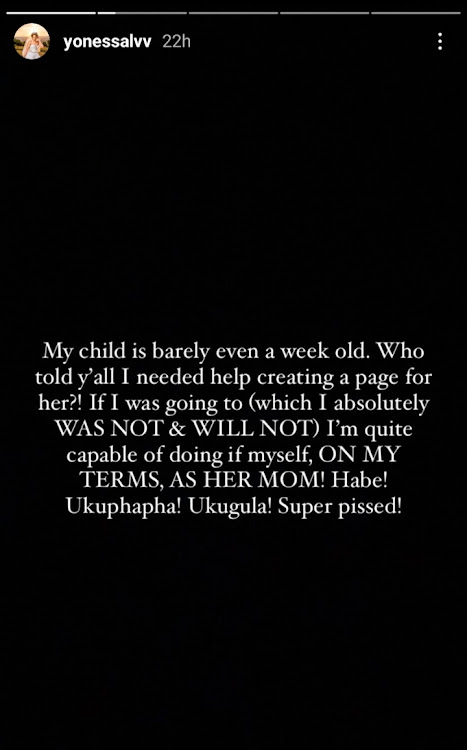 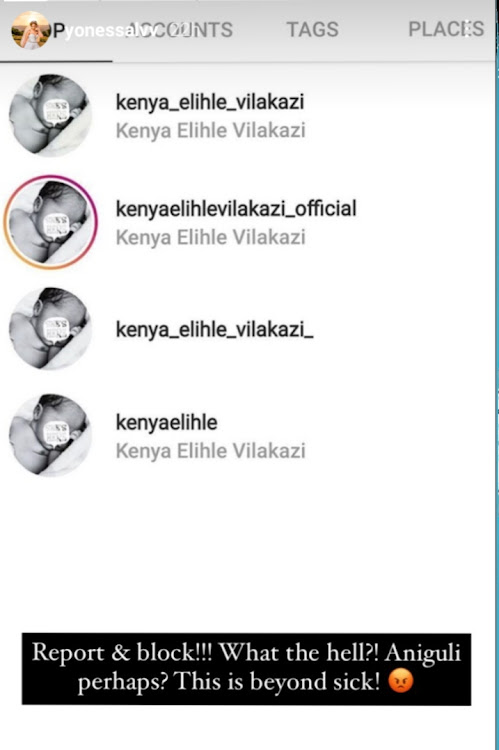 The mommy joins Minnie Dlamini-Jones and rapper Cassper Nyovest's baby mama Thobeka Majozi, who have also had to ask the public to report and block accounts started on their babies' behalf without their parents' permission.

After running into a parody Instagram account bearing her baby's name, Minnie took to her Instagram stories to announce to her fans that it was fake, and that because of that account and many like it, she would hold onto Makhosini's pictures a while longer.

“My child does not and will not have a social media account until I say so. Please don't follow fake account. I will not be posting any of his images as a result of this,” a seemingly annoyed Minnie said.

Thobeka also took to her Instagram Stories to urge her followers to report the two accounts under her son's name that were created by fans.

“We don't plan on putting the baby on social media, please report,” Thobeka told her followers.

And, the Father & Hubby Of The Year Award goes to ... Kwesta.
TshisaLIVE
1 year ago

Kwesta wants to share his knowledge
TshisaLIVE
1 year ago