The net focused on Vusi's sexuality, and Somizi's clap back landed him on the Twitter trends list 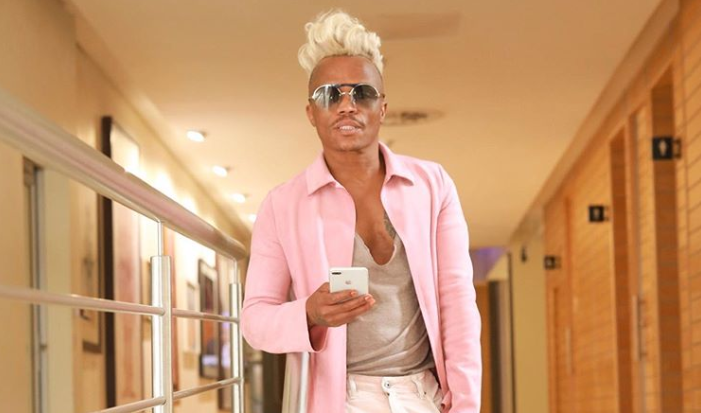 This came after the pair released their much-hyped single Intandane - which means "orphan". The song is dedicated to their late mothers.

In a snippet of the song posted to Instagram, Somizi revealed the story behind the track.

A few hours after dropping the song, Somizi took to his Instagram to thank Vusi for the opportunity he gave him to create the song.

"Ladies and gentlemen, it's out. Thanks to my bestie Vusi Nova for suggesting we remake this song in dedication to our late moms. Hope you enjoy it and dedicate to your mom - alive and passed on," Somizi said.

"Less than two hours of release we are sitting on number 3. Wow. Thanks everyone. See u at number 1. Winning combo #intandane."

Since working on the song, Vusi and Somizi have been seen hanging out together and living that soft life. The celeb chef posted a photo of them sipping champopo and taking it easy after dropping the song.

However, the snap made the internet deviate from their work of art and shifted the focus  to Vusi's sexuality, again! One tweep even asked whose "team" Vusi was on.

Somizi didn't take too kindly to the troll's attitude and shutdown the question with a swift clap back.

“I was gonna answer that if the answer was gonna improve your tekateking bank balance” said Somizi.

Somizi's response to the tweep drew mixed reactions on Twitter. Many called out the star for bringing a user's bank balance into the equation. However, some people were on board with his take down. Have a look:

Our celebrities like reminding us how poor we are. I know people can be rude but don’t think this clap back is good way to Solon everyone trolls. https://t.co/EicPgwLjQP

Bank balance is just a possession , nothing less , and nothing more. His question remains. Y'all SA celebrities should erase this bullsh*t cr*p mindset of attacking your fans with their financial status and be in need of their support afterwards Jerr. https://t.co/ijDlBvzDEX

This isn't the first time Somizi has defended Vusi from unbridled internet hate.

After another one of those pesky tweeps claimed the Nomathemba hitmaker is too "stubborn' to come out, LGBTQ+ icon Somizi had a lesson about minding their own business.

“Angilwi ngiyabuza, what's the obsession with other people's sexuality? It's as if the answers will improve a certain aspect of your life, or as if it makes one feel better about themselves if they out someone else. Trust me, he is content and I hope you are too and enjoy your life.” said Somizi.

Somizi credits his late father for his cooking skills

Mmmmm! Somizi's cookbook has all sorts of goodies!
TshisaLIVE
1 year ago

'It needs my intervention': Somizi on a mission to find Tito Mboweni after chicken stew 'moemish'

The finance minister's chicken stew has the streets in a mess.
TshisaLIVE
1 year ago

Somizi Mhlongo-Motaung was a man on a mission when he took to Instagram on Tuesday to announce that his long-awaited cookbook is due to be released ...
Lifestyle
1 year ago