'Stay with your money if it's going to come with abuse, humiliation' 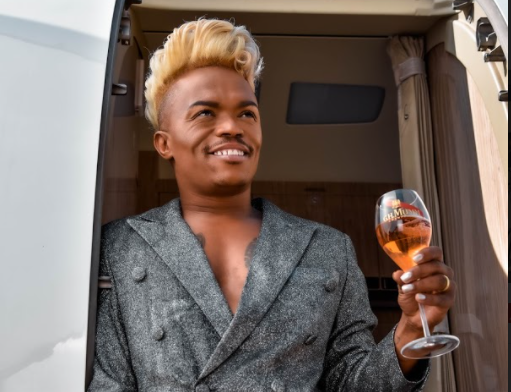 After being dragged for using a troll's financial position against him in a clap back, Idols SA judge Somizi has recorded a video to explain himself, his “hurtful” clap back and how trolls who set out to offend celebrities need to know celebs are also capable of  trolling!

Vusi and Somizi recently dropped their much-hyped single Intandane, which means “orphan” and is dedicated to their late mothers.

However, the internet focused on Vusi's sexuality, which led to Somizi coming to his defence with a “money-related” clap back that landed him on the Twitter trends list.

A tweep questioned Vusi's sexuality on Somizi's post promoting the single, and the Idols SA judge clapped back by referring to the tweep's “tekateking bank account”. His clap back — deemed as unnecessarily personal and irrelevant by tweeps — landed Somizi on the trends list.

In a video posted on his Instagram TV, an unapologetic Somizi told tweeps where to get off and emphasised that if trolls want to offend celebs, they need to keep the same energy when the celebs clap back.

“I'm sure I am speaking for a lot of people, especially in the public space, that there are certain cyber bullies — especially on Twitter, cyber bullies who expect to say something to celebrities, or personalities or famous people or even non-famous people — who expect them to keep quiet just because they are famous, that they can't say anything because they are protecting their brand or say it to take attention from them.”

As far as his “constantly questioned” friendship with Vusi and Vusi's sexuality are concerned, Somizi said that information was private and none of anybody's business.

Somizi also made it clear he would never stop dishing out hurtful clap backs that he knows will hit his haters where it hurts. He said everyone who is offended by his clap backs can keep their money to themselves because he doesn't need them or their support.

“Personally, I am at a stage where I can tell when someone is just asking something because they want attention. But I am capable of retaliating, returning back, clapping back and that is the problem with cyber bullies. They want to serve it but they don't want to get it!”

Mohale took the saying 'as good as new' a bit too literally!
TshisaLIVE
1 year ago

'It needs my intervention': Somizi on a mission to find Tito Mboweni after chicken stew 'moemish'

The finance minister's chicken stew has the streets in a mess.
TshisaLIVE
1 year ago

There's a new 65-year-old sensation in town that Somizi is crazy about!
TshisaLIVE
1 year ago

Somizi credits his late father for his cooking skills

Mmmmm! Somizi's cookbook has all sorts of goodies!
TshisaLIVE
1 year ago