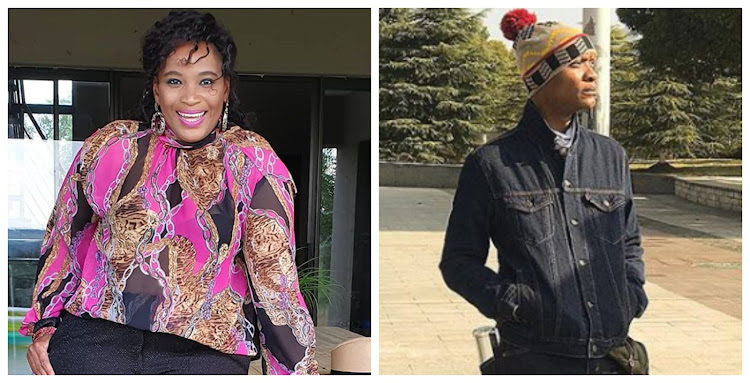 Having faced a lot of criticism in their careers, actress Ayanda Borotho and actor Warren Masemola have hit back at naysayers for trying to put them down.

Warren and Ayanda took to Instagram to pen how they chose to defy the odds to become the household names they are today.

While writing a book was one of the most impactful moves in her career, Ayanda revealed all the criticism she experienced inspired her to be more resilient as an author.

“One of my most defining moments was when I held the book I wrote in my hands for the first time. It was then I knew every challenge that had tried to defeat me, I had defied.

“Acclaimed authors, industry colleagues and friends who I expected to celebrate me instead questioned my credibility as an author and activist. To them, and anyone else who ostracised me,— thank you.”

Ayanda said her critics gave her no choice but to own who she was instead of trying to fit in.

“The prison you created for me pushed me to seek my infinite self. Again, for this I thank you. When you tried to bury me, you had no idea I'd grow back stronger.

“Thank you for anticipating my book, Unbecoming to Become, would fail. It made me work harder to prove that what you believed would happen was not destined for me. Your negative words paved the way for a best-seller a year later and 10k copies sold.”

Ayanda concluded that her critics taught her that it's not what they call her that matters, but rather what she answers to.

“My drive to defy you birthed a new definition of me, a new level of self-worth, and for that, I can't thank you enough.

While Ayanda used the hate thrown at her by critics as motivation, Warren, on the other hand, chose to use the negativity to push boundaries and master his craft.

In an emotional post, the award-winning actor thanked his critics for not believing in him and rejecting him.

“Thank you for not believing in me. For rejecting me and discouraging me from realising my potential. Turns out, your criticism had the opposite effect.

“Instead of shying away, you taught me to believe in myself and helped me to appreciate that success goes far beyond your looks, condition and upbringing.”

Warren thanked those who rejected him at auditions and those who discouraged him to pursue drama.

“At one point, I was rejected more than three times for the same show. It gave me the greatest affirmation that my face was meant for television.”

Warren said his critics' words gave him the push he needed to defy the boundaries, which was the reason he is a great performer today.

Ayanda Borotho: 'We are all in need of some soul healing after such a hectic and traumatic year'

Ayanda Borotho is doing some soul healing through her book, "Unbecoming To Become".
TshisaLIVE
4 months ago

“I guess this is my disclaimer . Call me anything you want under the sun. If you’re not wearing a mask, don’t expect anything from me,” she said.
TshisaLIVE
4 months ago

Ayanda Borotho: 'I have seen the toxicity of male privilege around me for as long as I can recall'

"I have seen the toxicity of male privilege around me for as long as I can recall."
TshisaLIVE
4 months ago