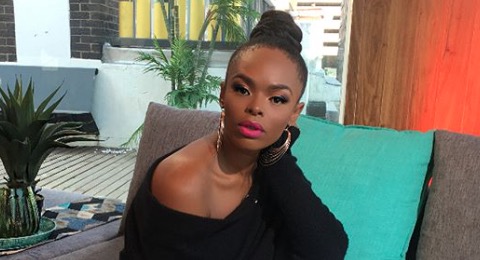 Some of the women who reminded us this year to love our bodies.
Image: Instagram/Unathi Msengana

In the Age of #MeToo and body positivity movements, women are able to empower themselves in much more meaningful ways than possible in the past.

Women are able to share their milestones and triumphs with the world without feeling ashamed but rather proud of themselves in all their achievements.

In the last couple of years, SA Celebs have shared their journeys to self-acceptance. Stars of all body types have opened up about the trials and tribulations of their body positive journey.

Here are some of SA's finest whose personal body positive testimonies inspired us to love ourselves:

Idols SA judge and presenter Unathi Nkayi has often shared her weight-loss journey and motivational advice with fans and followers who can relate to her life struggles.

This year the star gave fans some much-needed advice to get them into the gym.

Earlier this year in a post about having to literally “fetch” her life, Unathi opened up about losing weight and learning to love herself.

In a post about 'fetching her life', the star opened up about taking control of her body and working on her health.

“I have so many conversations with many of you beautiful women. The underlying theme I frequently get while speaking to some of you is that you feel that you can’t reach your goal or that you don’t deserve it.

“How will you know if you don’t at least try? You often ask: ‘How do you do it?’ I literally had to fetch my life,” captioned Unathi.

No one was body shaming slim girls beloved. I was highlighting the fact that the body positivity movement is being hijacked by people who are already accepted in society and subsequently pushing out the people it was originally meant for which is fat people. https://t.co/O46EKNo63r

Considered a face of the body positivity movement in SA for a number of years, plus-sized model and Youtuber Thickleeyonce is always about speaking up on loving yourself.

With years of activism and lessons on learning to love your body, Thickleeyonce doesn't tolerate any of the negativity and nonsense that can go down on the TL.

Recently however, there have been some peeps online who don't believe she is all about loving all bodies.

When the star was accused of body-shaming skinny women, the star clarified that she has love for all bodies. But, the star argued that some people are treated worse than others.

“No-one was body-shaming slim girls beloved. I was highlighting the fact that the body positivity movement is being hijacked by people who are already accepted in society and subsequently pushing out the people it was originally meant for, which is fat people,” tweeted Thickleeyonce.

Don’t stress yourself about my body, young man. No matter how tempted you are, don’t do that. https://t.co/BJzjdWUOhA

Singer-songwriter Busiswa has often had to clear the trolls out of her mentions for being body-shamed but despite the hate, the star has reminded fans to fall in themselves no matter the naysayers.

In terms of good years, Busiswa's 2020 was one for the books. From featuring on Beyoncé's Lion King: The Gift, to the release of her latest single Makazi, this year treated the star well.

Busiswa has also had victories in her personal life with her weight-loss journey which she often shares with fans to help inspire them on their own paths. But that doesn't stop the haters from rearing their ugly heads.

After she posted photos of herself in the kitchen cooking up some pig's head, a tweep said that they wish her 'old body' would come back, Busiswa told the troll to mind his own business.

“Don’t stress yourself about my body, young man. No matter how tempted you are, don’t do that.”

Former Generations actress Sophie Lichaba has been candid about her health since she was diagnosed with diabetes and took us down the path of self-love and self-confidence.

The star said that the rumours not only affected her, but took a toll on her family and work life.

Self love & reflections! This throwback reminds us why we love Unathi

It is all love and #bodypositivity from our queen in this throwback!
TshisaLIVE
1 year ago

Another day, another reason to drag Thickleeyonce... *sigh*
TshisaLIVE
1 year ago