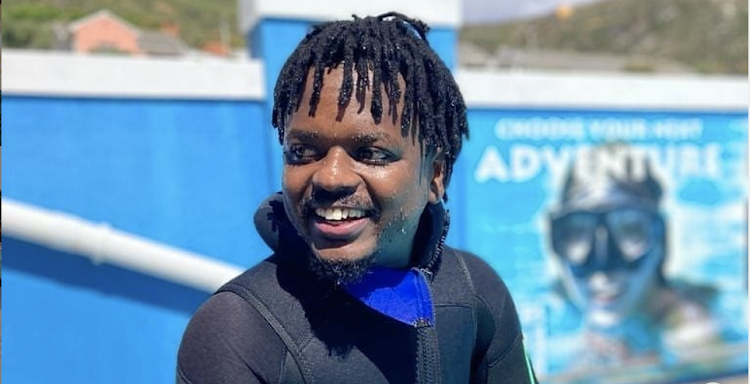 The internet is up-in-arms about MacG's opinions on the LGBTQI+ community!
Image: Instagram/MacG

Podcaster and former radio host Macgyver “MacG” Mukwevho has come under fire for his comments about the LGBTQI+ community after he seemingly took jabs at transgender women.

MacG, who hosts Podcast and Chill with MacG, and radio host and friend Sol Phenduka were chatting about their “confusion and misunderstandings” regarding the LGBTQI+ community. Sol had some questions about why transgender women transition if they are attracted to women.

"You are going to have a sex change just to be with women? Now she's lesbian. Why can't you just be a man and be with a woman?" asked Sol.

MacG said he "can't keep up" when it comes to the trans identity. They then discussed celebrities who have allegedly dated transgender women. The hosts were joking around and laughing about 'the logistics' of being a trans woman.

The hosts were also making light of their conversation, with laughs all around.

idk y’all. is any of this funny??? pic.twitter.com/MXPUmZYBrI

Twitter caught wind of the comments and hit back at the podcasters. Many accused MacG and Sol of being transphobic and against LGBTQI+ people with their comments.

“I’m so tired of people and their causal violence towards trans people. What is so hard about leaving people alone?! How has any trans person’s existence affected you in any way? Y’all are vile for fun and it literally gets people killed,” wrote one tweep.

Founder of LGBTQI+ Feather Awards Thami Kotlolo also hit back at the comments, calling on the sponsors of the podcast and letting MacG know they "need to talk".

Despite several attempts by TshisaLIVE to get comment from MacG, did not respond by the time of publishing. This article will be updated should comment be received.

I don’t care to watch that macg video. I’m so tired of people and their causal violence towards trans people. What is so hard about leaving people alone?! How has any trans person’s existence affected you in any way? Y’all are vile for fun and it literally gets people killed

Still feel they were being cute?

MacG makes it very hard to support him https://t.co/EJOxeMK4dF

MacG? Educate?? That's not his brand at all. The man is proudly ignorant. https://t.co/5S9Ui26TnO

That MacG clip ruined my appetite 😓

However, MacG's supporters came to his defence. Fans said that regardless of their 'unfiltered' comments, they still love him.

Check out his dedicated fans below:

"South Africans love this thing of bringing people down, MacG is a good guy, with a good show. Fuck everyone trying to bring him down! Nxi! 🚮

Y’all should leave MacG alone! He’s raw, unfiltered and from that video y’all are coming for him for, he didn’t offend anyone. He spoke about things that are out there... ohh konje y’all fear the truth? My bad

People need to start choosing content that's suitable for them. If you don't like MacG why the hell are watching his podcast for ??? pic.twitter.com/ibuavJNviF

He is MacG unleashed for a reason.... he never said his show was educational. The chillers, watch because of that. The podcast is our escape from all the seriousness.

This isn't the first time the podcast host has come under fire for his comments on the LGBT+ community.

In 2010, the star was taken off the air on radio station YFM for playing clips of Ugandan chairman of the National Task Force against homosexuality Pastor Martin Ssempa fuming about “sodomy and homosexuality being forbidden in Uganda”.

“The part that is very surreal to me to this day is how she was adamant about having me be a part of this. She knows me like that,” said Nandi.
TshisaLIVE
1 year ago

The star says she has been aware of colourism since childhood.
TshisaLIVE
1 year ago

Two YFM DJs are under fire for playing a homophobic rant by a Ugandan minister on air. Each of the two aired the clip, on different days, and ...
TshisaLIVE
11 years ago