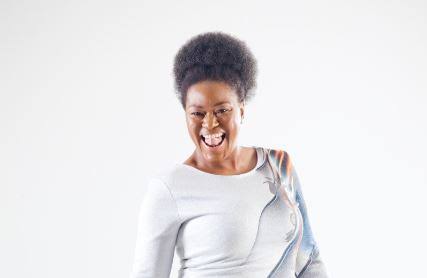 Skeem Saam's Meikie landed on the Twitter trends list on Monday night as it turned out that viewers of the popular SABC1 soapie are totally sick and tired of her double standards and the different treatment she applies to her sons, her Leeto and Thabo Maputla.

As far as encouraging sibling rivalries go, on-screen mothers Skeem Saam's Meikie Maputla and Gomora's Sonto are right up there with the best of them but Meikie raised the bar for fans when she threw her son Leeto out for reasons viewers feel don't warrant the action!

Meikie found out that Leeto lied about some information pertaining to the factory fire that Noah caused. The fire resulted in Koloi's mother's death and Leeto has been holding on to information that protects Noah but ensure that justice will not prevail.

When Meikie found out, she completely lost it and chased Leeto out their home saying she refuses to house a pathological liar.

Fans were not impressed by Meikie's decision because they know that Leeto, has been in a downward spiral these last few months. With his divorce from Mokgadi, problems with trouble-making stepson Noah, problems at his law firm and everything in between, the guy hasn't been able to come up for air.

More than that, fans were angered by how they know from past events that Thabo would have gotten off scot-free for the lies.

One tweep said: "So Leeto just knew about the information of the factory burn and his parents freak out and throw him out but T'bose actually killed someone and both his parents felt sorry for him and did everything to protect him, double standard much?"

Here are the other reactions from fans of the soapie:

Leeto has always been the black sheep of this family...first they didn't buy him a car when graduated and they've been treating him like an outcast the entire time now this...aowa #SkeemSaam pic.twitter.com/14xzULg0AV

#SkeemSaam She packed Leeto's bags for real? 🙆‍♀️ Meikie is taking this too far, if it was Thabo she wouldn't be doing this .🤦‍♀️ pic.twitter.com/cl0kbLo26O

Lmao not Meikie and John turning on Leeto for wanting to protect ‘his’ child like they didn’t do they same with Tbose😭 #SkeemSaam pic.twitter.com/jIFvH9bl0y

So Leeto just knew about the information of the factory burn and his parents freak out and throw him out MARA Tboz actually killed someone and both his parents felt sorry for him and did everything to pretect him, double standard much #SkeemSaam pic.twitter.com/ph4WAURIJF

Leeto will have peace out of his mama's house. Let's see how Thabo and Mapitsi will cope with a control freak and a gossiper like Meikie #skeemsaam pic.twitter.com/CfmBPs8l9s

Fans have developed a "love-hate" relationship with Leeto.
TshisaLIVE
2 months ago

It was hard to narrow this to just five. 'Skeem Saam' made sure we tuned in every day.
TshisaLIVE
3 months ago

By all accounts, Meikei is really toxic where her son's partners are concerned!
TshisaLIVE
6 months ago

Fans are convinced Noah, Mary & Mokgadi will get Leeto killed
TshisaLIVE
7 months ago
Next Article