Karabo Mogane confirms he’s paid lobola for the love of his life!

“As soon as I made my intentions clear to her, I started introducing her to my friends as my wife. I knew even then that she was the one.” 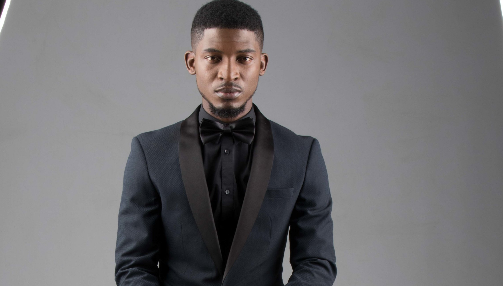 Karabo Mogane is officially off the market.
Image: Supplied

After revealing that he had popped the question earlier this week, Idols SA's Karabo Mogane has confirmed he's also paid lobola for his bae, Sinesipho Mbandazayo, and now they look forward to their big day!

Karabo told TshisaLIVE the snaps shared on his social media showing him on one knee as a teary Sine watched him put a ring on it, were from an intimate family celebration they had last weekend celebrating the coming together of the two families.

“There was the first of lobola, which happened last year in December. This recent event was actually the second round and final stage of paying lobola for her. Then I asked her family if I could propose with a ring after I have done right by the family. I could have proposed in private when it was just the two of us but doing it there in front of both our families made it even more meaningful, I think.

“It was a perfect moment to do it because our families and friends and everyone we care about were there. She didn't know I was going to propose with a ring so, it was a special moment,” Karabo said.

Karabo said he met Sine in 2016  by pure chance after her colleague double booked him for a meeting he was supposed to have with the singer. In 2017, after talking on and off for a while, Karabo made his intentions clear to Sine and they started seeing each other.

The Khakhathi hitmaker said he was sure from the get-go that Sine was the love of his life and a year after they started dating, he was certain he wanted to marry her.

“As soon as I made my intentions clear to her, I started introducing her to my friends as my wife. I knew even then that she was the one.

“For me, to find someone that loves you, that respects you and that you know you can build a beautiful future with is everything and it is exciting ... To have the full support of both our families is the cherry on top.”

Karabo said his absolute favourite thing about Sine was that she was a “wise woman”. He said he was drawn to how smart and knowledgeable she is and how she's become his friend and has an amazing sense of humour.

The couple haven't pinned down dates for their big day as yet but Karabo said he's looking forward to that day and can't wait to see his wife walk down the aisle towards him.

Here are some of the snaps from their lobola finalisation day:

Damn! Karabo Mogane's body transformation will have you drooling

Karabo Mogane has been working hard on his body transformation.
TshisaLIVE
3 years ago

Since the Idols SA win, Karabo Mogane has been on a rollercoaster of distress but he's a better man now because of it.
TshisaLIVE
3 years ago

Which Bible does Karabo Mogane know by heart?

No, its not the 'national' scripture of Jeremiah 29:11...
TshisaLIVE
4 years ago

Musician Karabo Mogane has revealed that after being torn to shreds on social media for his Ngifuna Lo music video last year, he doubted if he was ...
TshisaLIVE
4 years ago