Muvhango’s Gugu: 'I would never stay friends with someone like Imani in real life'

Actress Bukamina Cebekhulu plays the role of Gugu in the drama and says in real life she has no time for “toxic” friendships. 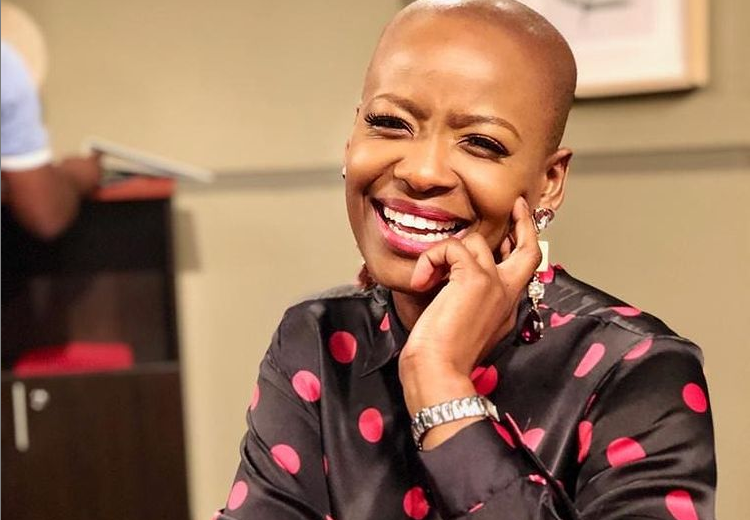 Actress Bukamina Cebekhulu is part of the #FriendshipGoals storyline on Muvhango, but the actress says unlike her on-screen character Gugu, she has no time for “toxic” friendships in real life.

Initially looking like a “ride or die” type of friendship, the #FriendshipGoals foursome quickly crumbled when Imani betrayed Marang by sleeping with her fiancé.

Speaking to TshisaLIVE, Bukamina said even though Imani betrayed Marang, she was convinced that Gugu would remain friends with her.

However, she made it clear that in the real world she's quick to cut off people that behave like the “selfish” Imani.

“I, as Bukamina Cebekhulu, would certainly never stay friends with someone like Imani in real life. I am very big on honesty and I'm very big on having each other's back. I feel like when it comes to men, that's Imani's weakness. She would break a marriage, break a friendship, break a family, just so she can have what she wants.

“I would never deal with a friend like that, I will leave you without even thinking twice!”

The actress also shared what she thinks keeps a friendship flourishing.

'I think what keeps a friendship strong and flourishing is honesty, communication and a whole lot of fun, creating memories. I feel like as friends you need to be honest with each other. You need to know each other's boundaries and know where you stand with each other.”

Her colleague and on-screen bestie Innocent also shared her views on friendship with TshisaLIVE.

Inno said some of the longest friendships she has are almost two decades old. She said she was also grateful that, unlike the fictitious and flimsy friendship between Rendani and her friends, her friendships are solid.

“I have lost a friend along the way but fortunately it was not due to conflict. It happened because we grew apart, as people often do in life. It happens and also we need to be OK with the fact that you were probably good for me 10 years ago but right now, where I am in my life? — you are no longer serving me or I am no longer serving you.

“It's OK that friendships die out,” Innocent said.

Innocent maintains that, just like any other relationship in life, friendships should also have an expiry date if life deems it so.

"If a friendship is no longer serving you, just like any relationship, leave it and move on with what is working for you."
TshisaLIVE
1 month ago

Aubrey Poo vs Warren Masemola: Aubrey ain't here for it.
TshisaLIVE
1 month ago

Veteran actor Florence Masebene believes soapies of today do not have enough regard for the African languages spoken on their shows.
TshisaLIVE
3 months ago

WATCH | Buhle Samuels shuts down the internet with #SilhouetteChallenge

"Buhle said, 'Lemme close this trend once and for all!'," - Mzansi
TshisaLIVE
2 months ago
Next Article