Thuso Mbedu on the hardships of 2016: 'I would have taken my life that year'

“I got the tattoo after struggling with depression (for most of 2016) and declaring that without faith in God, hope in my purpose, love of God and my sister, I probably would’ve taken my life that year,” Thuso shared. 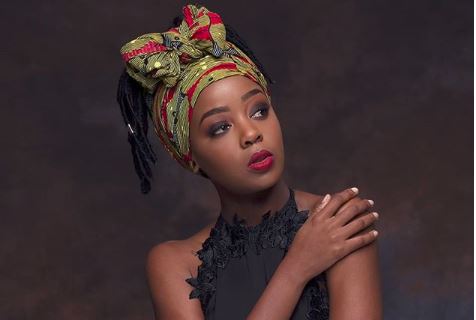 As her star continues to rise, actress Thuso Mbedu has now bagged her first US cover on Emmy Magazine and in telling her story, the star has opened up about her darkest year when she contemplated suicide.

The KwaZulu-Natal actress, who is now based in the US and making her mark as a rising star that side, opened up to the publication about a tough time in her life in 2016 when she “made friends with this cough syrup” that made her hallucinate and had lost all hope.

“I'd lost all hope. The only reason I didn't take my life in 2016 was my sister. Everything that I've gone through, every person that I've lost, my sister has also lost. So, it wouldn't be fair for me to add my body to all the losses my sister has faced,” Thuso said.

On her Instagram, the graceful actress told her followers that she cried like a baby when the cover and the cover story made it to the shelves. Thuso explained that she had poured her heart out, especially when she broke down the significance of her tattoo “Faith, Hope, Love”.

“My first US cover on Emmy Magazine! To tell you that I bawled like a baby when I saw that 'Faith, Hope, Love'. Some know that it’s the tattoo that’s on my collar bone but not many know why ...

“I got the tattoo after struggling with depression (for most of 2016) and declaring that without faith in God, hope in my purpose, love of God and my sister, I probably would’ve taken my life that year,” Thuso shared.

The actress, who stars as Cora in the upcoming and much-anticipated The Underground Railroad film, encouraged people to watch the heartfelt story which she described as “a story of hope and resilience”.

“Cora’s story is the story of many. Thank you for riding this journey with me. Thank you, Emmy magazine.”

See the stunning magazine spread below:

This is not the first time the star has opened up about her mental health journey.

Seven months after Thuso was nominated for an Emmy, the actress went through a period where jobs dried up and she got candid about the Emmy bubble bursting.

“After the Emmys things turned. The glitz and glamour of the Emmys disappeared and one was left dispensable. The truth is we are very dispensable. The moment you have something to offer, you are used but then you become dispensable again. People think that getting the next job is really easy, but it is tricky.”

Thuso Mbedu is the pride and joy of Mzansi!
TshisaLIVE
1 year ago