WATCH | Fans want the Fergusons to have their own reality show, and here’s 5 clips to prove it’s a great idea 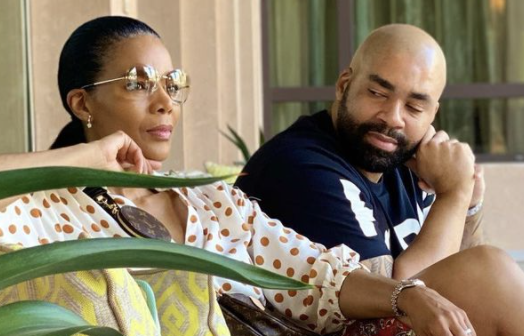 Some of Mzansi's most famous faces have graced our screens with their own reality shows, but many are really holding out for a show featuring the “power couple” Connie and Shona Ferguson.

The actors and producers live a lavish life but often give off “the neighbours next door” vibes with their candid videos on social media.

Through several videos, fans have caught glimpses of the couple's mansion and relationship with each other and their family.

So after the latest video of Shona messing about at home and trolling his wife, the streets were filled with calls for them to shoot their own reality show.

Fans argued that it would be the most “real” show on TV, and fill the need for wholesome content in their lives.

We agree, and here are just five examples of the kind of content we would def sign up for:

THE CHAINS AND SOFT LIFE

Fired actors, the BTS drama & more! Here's a 2020 timeline for The Fergusons

If we had a clipa'nyana for every time the power couple trended on Twitter this year, we'd have money for bevs this Dezemba!
TshisaLIVE
1 year ago

The Fergusons celebrate their anniversary with cute messages to each other

But 19 years of marriage is quite a milestone! Congrats Shona and Connie Ferguson!
TshisaLIVE
1 year ago

Connie Ferguson's back at the gym to 'smash more personal goals this year!'

The 50-year-old star is known for giving fans a lesson or two on how to stay fit.
TshisaLIVE
1 year ago