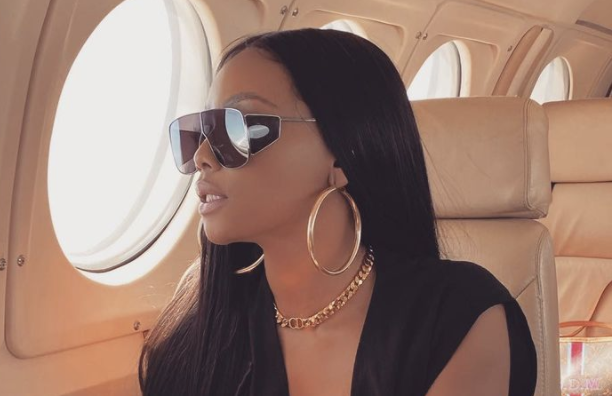 Media personality Bonang Matheba has stood firm after being accused of “bullying” in her reaction to vlogger Rea Gopane's public apology over drug allegations he made about her.

The 22-year-old vlogger took to Instagram on Tuesday to issue the apology in response to a letter of demand served on him by Bonang's lawyers on Monday. In the letter, Bonang demanded a written apology and R500,000 in damages.

Rea, who is a co-founder of an entertainment vlog called Everything SA Music, published a video in which he alleged that another well-known media personality told him that Bonang — who previously dated rapper AKA — allegedly introduced the musician to drugs.

However, Bonang wasn't impressed with Rea's first attempt at apologising and sent him back to the drawing board.

Even though she accepted the second, more in-depth apology he issued on Instagram, Bonang made it clear she wasn't someone to be messed with.

B's spicy response led to some social media users criticising her for “bullying”.

I love you but.... flexing your muscle on a kid instead of going for the real bullies... that let me down Queen B.

What if this Rea Gopane commits suicide because of this R500 K shandis ? 👀 Bonang Should leave the kid alone ... I apologize for him pic.twitter.com/KPVC29txhq

However, Bonang addressed the backlash, saying she this was not a game and Rea needed to know that.

Twitter had a field day with Bonang's latest meme-worthy moment.
TshisaLIVE
1 year ago