“There’s no respect anymore for Christianity or for churches. Now, it’s almost like everyone wants to be seen,” said the actress. 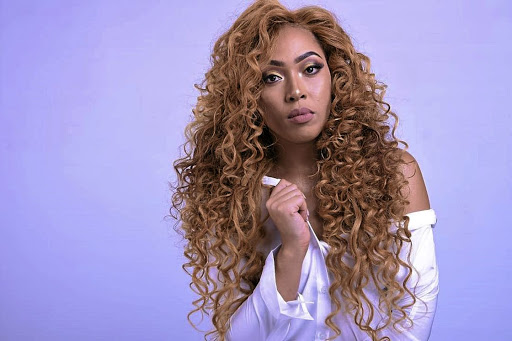 Actress Simphiwe 'Simz' Ngema has lambasted Bishop Makamu and men 'like him' for what they are doing to the Christian religion.
Image: Supplied.

Actress and staunch Christian Simphiwe “Simz” Ngema has weighed in on the sexual assault charges levelled against Rea Tsotella host and Reverend Bishop Makamu and the effect such actions from “men of God” in general have on the Christian religion.

Sharing her views in an interview with MacG of Podcast and Chill, Simz responded to a question from MacG asking how she felt about the pastor and the reasons he made headlines.

“I honestly felt like, what are we doing as Christians? It’s a lot man. There’s no respect any more for Christianity or for churches. Now, it’s almost like everyone wants to be seen. It’s not about the respect. It’s not about the Bible. We are here to do something that is respectful and we need to honour God. But people are just living their lives. I’m going to do whatever I want. I’m going to sleep with young girls, I’ll do this and that,” she said.

Simz said she was hurt and disappointed by the behaviour of some religious leaders because she knew that people usually turned to religion when they were going through difficult situations in life.

“It hurts because you find that people go to those places to seek help. They got to pastors, hoping that I’m going to get help from this person,” she said.

The new mom added that holding on to God or her faith when she went through the most difficult times in her life, was the only reason she emerged with her sanity intact.

Earlier this month, Bishop made headlines after Moja Love confirmed his decision to step down pending an internal investigation by the channel into a viral recording with “sexual connotations” involving him, and in which it was alleged he was “soliciting” sexual favours.

Last Wednesday, the National Prosecuting Authority (NPA) confirmed Bishop had been arrested and subsequently released on R2,000 bail after appearing at the Palm Ridge magistrate's court on a charge of sexual assault.

“The court released Bishop Israel Makamu on R2,000 bail after a brief appearance on a charge of sexual assault. Makamu was arrested today after a former employee of his church laid a complaint of sexual assault on May 19 2021 at the Brackendowns SAPS.

“The case relates to an incident that allegedly happened in his church office in Alrode during September 2018. The case was remanded to July 13 2021 for further investigations,” said NPA spokesperson Phindi Mjonondwane.

'Amabishop' panelists and pastors Joshua Maponga III and Enoch Phiri apologised for the sentiments they expressed on the show with regards to Bishop ...
TshisaLIVE
3 weeks ago

Bishop Makamu was released on bail after being arrested on Wednesday on a charge of sexual assault.
TshisaLIVE
4 weeks ago

“We were speaking about the key, all of a sudden, I became too playful - that's what I'm taking ownership of. I just became playful," Bishop claimed.
TshisaLIVE
1 month ago