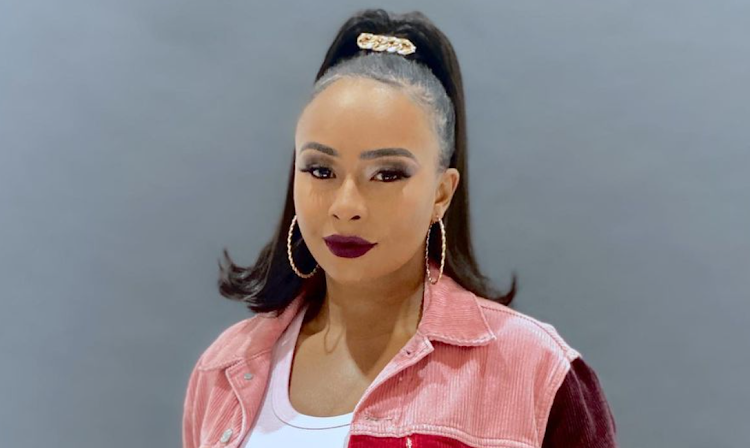 Boity Thulo has given her fans a health update after the fight that happened between her and former Metro FM presenter Bujy Bikwa - ensuring them that she is doing better after she allegedly sustained injuries.

The rapper took to her Instagram stories on Wednesday penning a letter of gratitude to her friends, fans and family who had been showering her with support while she took time off to “heal both physically and emotionally”.

“Thank you to everyone who has sent me love, support and kept me in their prayers. It means the absolute world to me. I’m doing really well and feeling better than ever. Only way from here is up!” she wrote. 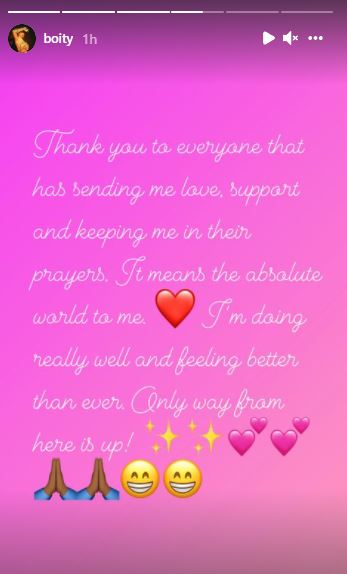 Images of Boity drenched in blood and recordings from the night of the incident were splattered on social media recently.

While Boity opened a case of assault against Bujy, leading to his arrest until being granted R2,000 bail, Bujy has since opened a counter case against the rapper.

In her statement, Boity didn't give details of the events of that night but confirmed that the brawl had happened, adding that she needed time to “physically and emotionally heal”.

Bujy also released a statement after he made bail.

“I was verbally abused and told that my surname has no relation to who I am and because of that, that is why my career is not going anywhere in terms of growth ... furthermore, during a verbal confrontation, I was then physically assaulted, being kicked and punched while being told that I must take it,” read the statement.

"...the worst part is that she sent a letter demanding R1m and I'm just like, so you don't want to resolve this. Where will I get R1m when both of us ...
TshisaLIVE
7 months ago

"I respectfully request some space as I try find a way to heal both physically and emotionally from this traumatic experience," Boity said in a ...
TshisaLIVE
7 months ago