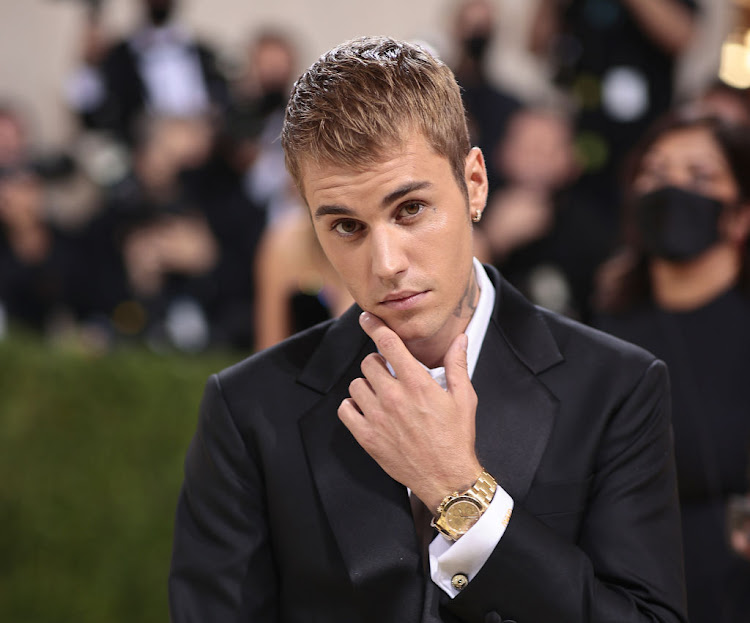 Pop star Justin Bieber is making his way to SA next year!
Image: Dimitrios Kambouris/Getty Images for The Met Museum/Vogue

US superstar Justin Bieber announced new dates for his much-anticipated Justice World Tour — and they  include two cities in SA.

The Baby hitmaker will perform on September 28 at DHL Stadium in Cape Town and at FNB Stadium, Johannesburg, on October 1.

Justin will tour from May 2022 through to March 2023, covering five continents and more than 20 countries. He'll play  more than 90 dates, with more shows to be announced in Asia and the Middle East very soon.

The Justice World Tour is named after Justin’s latest smash hit album Justice.  Released in March 2021, it debuted as the most-streamed album in 117 countries.  The album and its tracks have taken the already global pop phenomenon to new heights.

“We’ve been working hard to create the best show we’ve ever done, and we can’t wait to share it with fans around the world. I’ll see you soon,” said Bieber.

Some of Justin's biggest hits include Baby, Love Yourself and Peaches.

Tickets for the shows go on sale on December 3 on Ticket Master.

This will not be Justin's first time in Mzansi, the Purpose singer was in the country in 2013.

Justin also performed in 2017 at both the DHL and FNB Stadiums for his Purpose World Tour.

While the announcement didn't jump to the top of the Twitter trends list, there are folks who are super excited about seeing the Biebs soon.

Can other artists start learning from Justin Bieber and start touring through SA?

justin bieber is coming back to sa, 2022 doesn’t look so bad now pic.twitter.com/c5Jk2EAfNH

Pop star Justin Bieber has teamed up with Palms Premium to launch cannabis-based products, the California-based company said on Monday.
Lifestyle
3 months ago