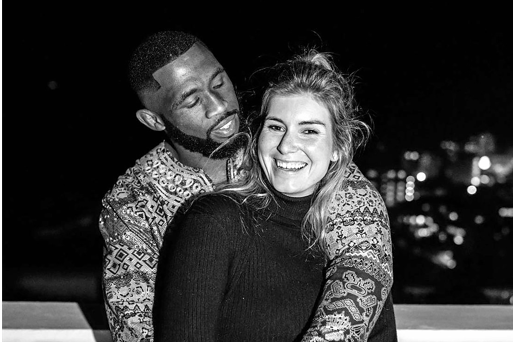 Siya and his wife Rachel Kolisi's film, We Are Dying Here will open the Africa Rising International Film Festival (ARIFF), set to premiere on Thursday online and at selected venues in Johannesburg.

The film, executive produced by the pair, raises awareness of the scourge of gender-based violence in the country, and is an adaptation of a local stage production of the same name.

It screens as the country observes 16 days of activism against women and children abuse.

It is the Kolisi's first time as executive producers of a film.

Reflecting on the project earlier this year, Rachel said she was humbled to be able to work on such a powerful production.

“We couldn’t be more proud to have partnered for a short film that is massively impactful and needed now more than ever,” she wrote.

Playwright and producer Siphokazi Jonas collaborated with the Kolisis on the film. She told the SABC in June last year that the play is an interpretation of experiences with GBV by different women.

We Are Dying Here will be one of 30 films to screen at the festival, including films from Tanzania, Zimbabwe, Nigeria, Egypt and Kenya.

“We seek to package African films for export to the global stage while being at the centre of driving change and being a motivating anchor that unearths authentic African stories. The films selected for this year’s edition celebrate our collective African-ness but in so doing are not tone-deaf to issues faced by everyday people on the continent,” said festival chair Lala Tuku.

Festival director, Ayanda Sithebe said the inclusion of the film was fitting as the festival was aimed at shining a light on important social issues.

The festival will also tell the stories of members of the LGBTQIA+ community through the film I am Samuel, shot in Kenya over 5 years. The film made international headlines when it was banned in Kenya by the country's Film Classification Board.

“I Am Samuel is an intimate portrait of a Kenyan man balancing pressures of family loyalty, love, and safety and questioning the concept of conflicting identities,” said Tuku.

“A hundred years from now, ARIFF wants to make sure that we’ll be able to look back at a glorious archive of impactful African stories told by storytellers with an authentically African point of view.”

Springbok captain Siya Kolisi has shown gratitude to Scottish actor Gerard Butler for coming to the SA match over the weekend.
Sport
2 weeks ago

‘Listen to what the people need’: Kolisis’ call to SA philanthropists

Rachel Kolisi 'sobbed' after reading Siya's book: 'There were so many stories I'd never heard before'

"I may be married to the guy but there were so many stories I had never heard before. I laughed, I sobbed, I often had to stop and think about the ...
Sport
1 month ago