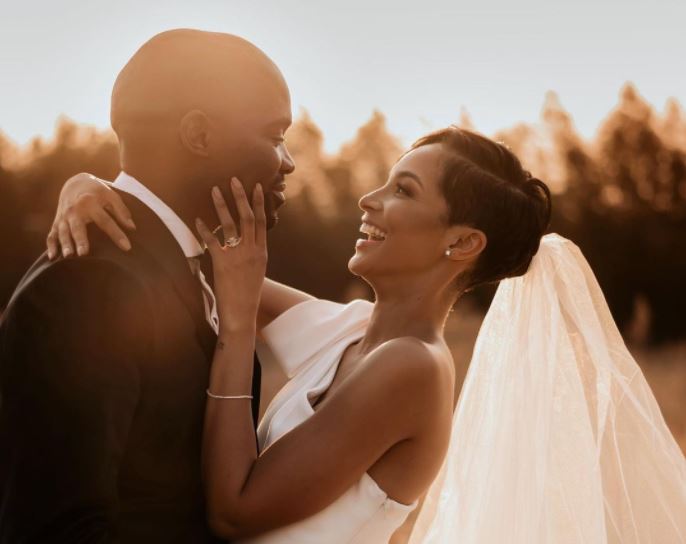 Musa and Liesl had their white wedding this year.
Image: Instagram/Musa Mthombeni

TV personality Dr Musa and his wife model Liesl Laurie's marriage has been one that has made some tweeps green with envy,

Here are the top five reasons why Musa Mthombeni has won the husband Olympics this year.

He celebrates every moment as Liesl’s hubby

This one was for the books, married peeps hardly celebrate monthly anniversaries but trust Musa to be out there being in his feels for their two-months anniversary.

This time around he didn't get trolled for celebrating their union, something which he has been getting a lot this year ... backlash from tweeps who think he is in disbelief that he managed to marry someone like Liesl.

Every chance he gets, the good doctor has had nothing but sweet and corny messages for his wifey and all the trolling aside, we are here for it.

Musa’s humour game is for the books

What’s marriage between the youngins without a little humour.

We are sure the Mthombeni household is one filled with laughter and love, as we know the saying the key to a woman’s heart is through laughter, Musa has always been able to poke fun at certain situations even if it means he is that situation.

He has got himself ‘off’ the streets by tying the knot but that does not mean he can’t advocate for long-term relationships and marriage.

He said Mzansi men needed to get off the streets.

Well the saying and advice that always does the rounds that one needs to get married to their best friend rings true in this household.

They are always goofing around and it’s cute.

He is a stress free husband

The only stress he is prepared to give his wifey is that of picking flowers and shopping, basically being spoiled rotten.

"Happy two monthiversary to my lovely wife, Liesl. I couldn’t have prayed for or asked for anything better," Musa said.
TshisaLIVE
8 months ago

"This is the highest level of 'smol boy' energy I’ve ever heard of," Musa hit back at tweeps pressed by how he loves his woman.
TshisaLIVE
8 months ago