Sello Maake Ka Ncube: I’ve been married before, but this time I chose well 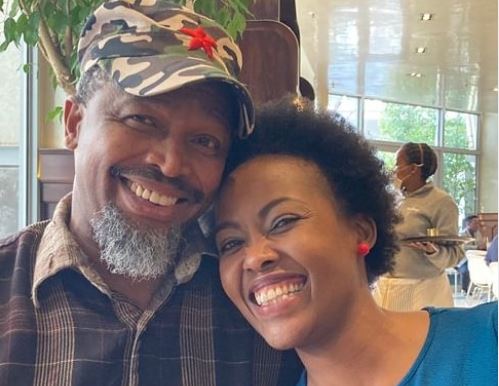 Sello Maake Ka Ncube encouraged people not give up on love as he plans a big wedding with his wife at 60-years-old.

This is Sello's second try at marriage after divorcing his wife of eight months Palesa Mboweni in 2015, but he is convinced he has finally met the love of his life.

The actor took to Instagram on Tuesday to pen a lengthy letter to his followers, saying he was unbothered by the naysayers and reflected on his journey to finding his wife.

“If our loves gives the next hope then all we have to do is preach the gospel that God's love is for us all. Little did I know my heart will find a home at the tender age of 60, that a few month later I would be engaged and married officially within 12 months,

“Even if they had written you off from your many failures careerwise and failed relationships or marriages, the bottom-line is God is in control. Don't give up on yourself. We turn to be our own worst enemies by paying unnecessary attention to what people do and say,” he wrote.

Sello and Pearl are planning to host fans at the FNB stadium later this year to witness them walking down the aisle and saying their vows.

“On our wedding day celebration. Seems like we are going to do very well with the traditional step magic moos! We are already synchronised and we have not even gone through the step practicing phase as yet. #BigDayApproaching FNB Stadium here we come. Re ka se phalwe ke KFC couple shame.”

"I'll never let her go nor disappoint her," Sello shared in another IG post.
TshisaLIVE
9 months ago

"Since I laid eyes on Sello, I knew he was my husband from day one," Pearl shared.
TshisaLIVE
9 months ago

Sello Maake Ka-Ncube speaks out on alleged harassment from 'exes'

Speaking to TshisaLIVE, Sello said the accusations of betrayal have tarnished his reputation.
TshisaLIVE
11 months ago

"I had made peace with being single but now I know I'm ready to tell my story," Sello shared.
TshisaLIVE
11 months ago