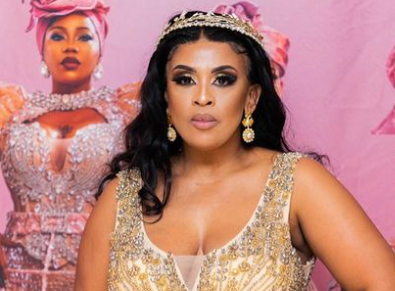 Reality TV star Nonku Williams has opened up about having "drinking issues" and taking medication for anxiety.

Throughout the seasons of Showmax's Real Housewives of Durban, Nonku had been hinting she was not in a good space. In a recent episode of the reality show she opened up about how she had been in denial about her drinking issues.

Nonku made her co-stars emotional when she revealed she was under a lot of pressure because she had a lot on her plate.

“Being a single parent, sometimes I feel so alone that I had to look into this thing. I can confess that at times I would drink to escape reality because there are times when it gets too much and I can't cope.” she said.

Nonku revealed she "relied" on medication to combat anxiety.

“I take them to go to bed because there's so much I am dealing with. There are so many expectations from people and it's a lot to deal with. I'm trying. Everything is on me."

Londie London compared Nonku's story to that of her late sister.

“It's still something that hurts me a lot. Before she died she had a hectic drinking problem. At some point I felt like I failed her as a sister.”

The singer told TshisaLIVE she first found it weird to open up to people she barely knew but felt it necessary to share her story.

“People didn't know this side of me. I had to spend time with people I barely knew and the drama for me was ridiculous. It's fun because I'm being a 100% myself.”

Londie said though they were cast members of a reality show, real friendships could form.

“We're not all the same and that's why there's so much drama but we're building a friendship.

“People connect with all the different ladies in the group. It was special for me because I do want to share my most precious moments with the people who follow me because they are also like family to me.”

"I'm not sure why Ayanda's name was brought up so much while she is not around. That is ude and uncalled for. Nonku do better, man!" said one tweep.
TshisaLIVE
5 months ago

Nonku Williams says she's got a lot to offer on RHOD and understands her impact.
TshisaLIVE
5 months ago