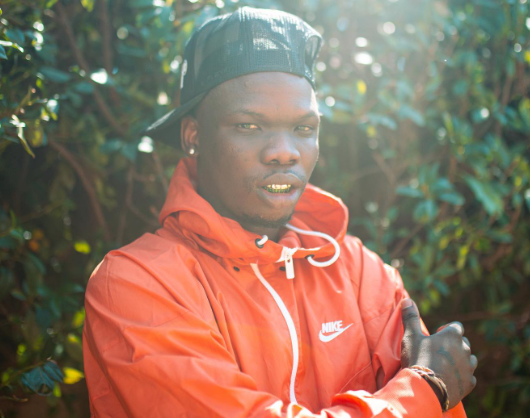 Rapper Blxckie speaks about winning the Songwriter of the Year award and his thriving career.
Image: Instagram/ Blxckie

Clout Africa committee chairperson Pheabian Miller described the artists as acts that have been “captivating audiences across the continent and internationally”.

Clout Africa CEO Serge Noujaim spoke of his involvement in the music industry and how he wanted to bring attention to upcoming and commercial artists.

“Clout Africa Awards is about raising the underground and bringing you the hottest music award show in Africa where the fans are in control,

The award for DJ of the year goes to @DBNGOGO 🏆

And the award for Songwriter Of The Year goes to @blxckie___ 🏆

Speaking to TshisaLIVE about his win, Blxckie said he was honoured to be recognised as Songwriter of the Year.

“It’s crazy. Its such an honour for me to be recognised as the Songwriter of the Year on the African continent. Big Thank you to Clout Africa for the award, the recognition and all my fans who continue to vibe with me and my music.” he said.

The rapper SAID he was in awe of how far he had come in his career where he could go on tour with American band Earthgang, and was looking forward to seeing what other opportunities he is presented.

“My career has been an incredible journey so far, but it is something I have always wanted and worked hard for. I’m about to celebrate the anniversary since the release of my debut album B4Now, and I’m heading to Europe in November to tour with Earthgang, which is really dope. My team and I are only getting started, but I’m excited for more — more music, more tours, more shows, more collaborations, and more awards."

Bonang Matheba set to host the AMVCA's alongside Ik Osakioduwa

"Any stage I get to step onto is an honor. I’ve always wanted to work with ik," said Queen B.
TshisaLIVE
1 month ago

WATCH | The Mzansi takeover! 5 SA stars doing the most internationally

"I’m a proud mother. A cool mother. A willing mother. A supportive and present mother."
TshisaLIVE
2 months ago