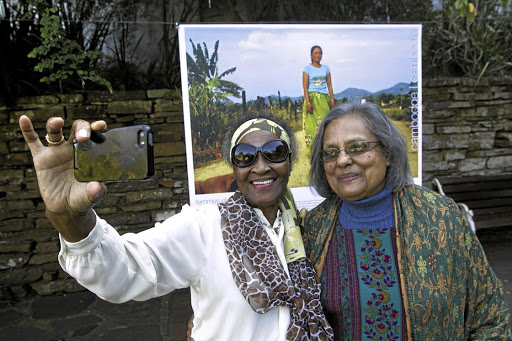 I have now completed about a dozen book conversations in mostly packed venues from Cape Town to Johannesburg, and double that number of radio and newspaper interviews in the past two weeks.

While my two new books brought people into school halls and book shops, it was very clear in the question and answer periods that fellow citizens were deeply burdened about our country.

People looked tired and dismayed, scared and even depressed about what is going on in Mandela's country. So many came to unburden themselves and to ask urgent questions about now and the future.

Should I send my child to a South African university? The final chapter in my book As by Fire paints a dismal picture about the future; the subtitle does not help: The End of The South African University.

I cannot think of another country in the world where a book fair could generate so much racial unease.
Ideas
4 years ago

Many in attendance read that chapter. It says that the forces that destroyed African universities are pulsing through our campuses as well. Underfunding by the government, chronic instability and state interference. We are not exceptional and our frame of reference is not the Oxbridge system, but the postcolonial African university.

But that chapter also says that we have been to the brink before. That ordinary citizens stood up against the might of the apartheid regime and prevented the much-anticipated bloodbath that some political scientists foretold in the late 1980s.

It took the leadership of Nelson Mandela and FW de Klerk- yes, both of them - to turn us away from the abyss. We can do it again with a new government, new leadership and a popular uprising that says "enough is enough".

But without citizen action don't expect a different outcome at our top universities.

What would you do if you were minister of education? Firstly, that is not going to happen; so relax, comrades. What I can say is that I would put most of the money into preschool and foundation-phase education rather than universities.

Make all children competent in numeracy and literacy and already we broaden the base of those who benefit from a good basic education.

Then I would license teachers - make sure everyone is competent to teach. College or university certificates tell you nothing given the wide variation in quality across the system and the fact that most schools are stuck with teachers who were employed decades ago without ever being assessed for competence.

Small wonder that some children in one part of the school system know more maths than teachers in another, as one of our top researchers recently demonstrated.

What can we do to make a difference? A leadership guru I know has a smart and crisp response to such questions: lead from where you are. Do what you can with the resources you have to change the lives of those around you. The best use of your money is to support the education of a poor child and see through this investment as if he were your own.

The Big Read: A standard is set for disaster

My children are feeling very negative and they are talking about leaving the country; what do I tell them? Understood. But if you are negative all the time your children will become negative too. Watch how you talk about politicians and do not badmouth everything that happens in South Africa.

Yes, we are stuck with horrible political leaders, but they come and go. So, be honest with your children but also tell them about the institutions that work (the Science and Technology Department is one of the best in the world), the leaders that make a difference (from Ela Gandhi in urban peace education to Jane Evans in rural preschool education to Setlogani Manchidi in rural maths and science education).

I have worked in hundreds of schools across the nine provinces. I have prayed with a farmer or principal after his wife was murdered in their home. I have sat down and cried with township parents after their children were shot. I know one thing only. There are many, many more good people in this country than there are bad ones. And that gives me hope.

Make sure your child knows this.