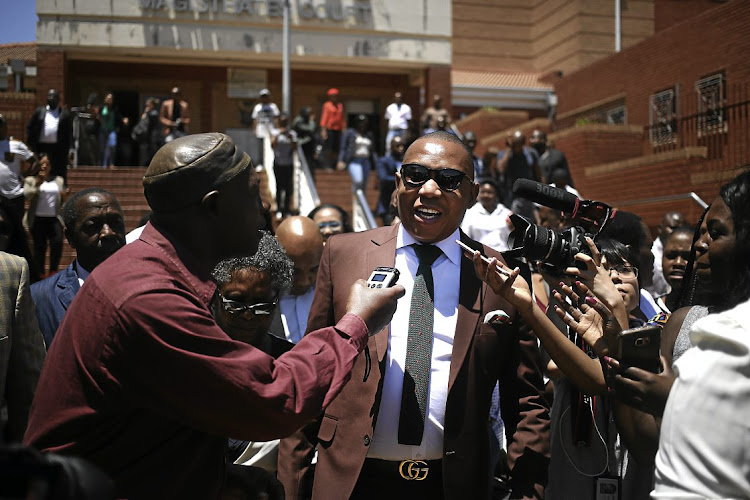 South Africa's national cabinet includes thieves, or rather, it did until recently contain at least one. That person was Mduduzi Manana, at the time the woman-beating deputy minister of higher education, who is now revealed to be a shoplifter too.

Evidence in the Randburg Magistrate's Court adds more texture to the picture of this strutting, snappy-suited criminal who was once given the responsibility to be the number two honcho in charge of a R26-billion budget directly affecting millions of students.

Instead of the relatively one-dimensional image that we have of him beating two female companions at 3am outside a bar in Johannesurg, just as you would expect a national deputy minister to be doing, we now have a fuller picture.

Manana's earlier crimes, though, were of such little consequence that he forgot to tell the court during his bail application that he had previous convictions.

Several months ago Mduduzi Manana was hailed as one of the youngest members of parliament, holding the post of deputy minister of education, but on ...
Politics
4 years ago

For the record, one was for nicking a can of Coke for which he apparently was fined R500, and the other conviction we simply don't know the details because he "can't remember" except that it also attracted a fine of R500.

Perhaps he was bust stealing a couple of million from Eskom, Transnet, SAA or any one of the other taxpayer-funder piggy-banks that are habitually dipped into?

Who's to know, since at least some of his erstwhile colleagues still sitting in cabinet have been party to the theft of at least tens of billions of rands in these years of state capture and they haven't even been hit with a R500 fine. That would be like throwing the book at them in these days of impunity.

So, let's tally up the personal attributes of our former deputy minister of basic education shall we? Thief, woman-beater and liar.

Now, that's a CV that's so perfect for our current cabinet it is hard to imagine why he ever thought it necessary to resign.