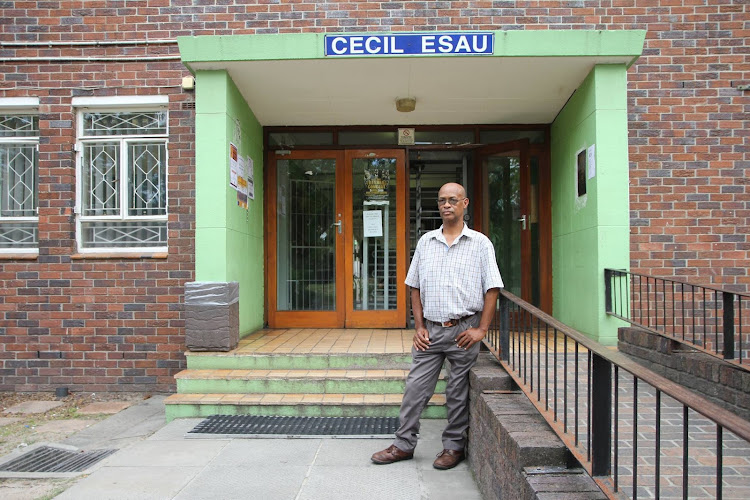 Celebrated Umkhonto we Sizwe activist, academic and University of the Western Cape (UWC) alumnus Cecyl Esau died of natural causes at his home on March 17 2021 — but he leaves behind a legacy of commitment to justice that is written in stone.

“Cecyl Esau arrived at the University of the Western Cape in 1975 — and since then, his spirit has never left,” said Prof Tyrone Pretorius, UWC rector and vice-chancellor. “As an activist, a struggle stalwart and a renowned scholar, he embodies the best of what UWC hopes to be — a metaphor for the SA spirit, for overcoming adversity and helping others to do the same.”

Born in Worcester on September 30 1955, the youngest of four children, Afrikaans-speaking Esau was the only one of his siblings to attend UWC. Even before he arrived at the university, his determination to fight apartheid had been awakened by the activism of his father and through meeting ANC cadres Hennie Ferus and Johnny Issel.

From the moment he arrived as a BA (Law) student at UWC in 1975, Esau immersed himself in political activism on campus. “During the national student uprising in 1976, I became aware that the students from the oppressed community, being more critical, had an important role to play in making other layers of our society more aware of the injustices in our land and the need to transform our society into one free from apartheid and exploitation,” he was quoted as saying.

Despite expulsion in 1977 (for a year) and lengthy spells in detention that scuppered his LLB studies, Esau recruited many students to the ANC until he was imprisoned in 1986. He was sentenced to 12 years' imprisonment on Robben Island.

“My comrades and I did not have any illusions that the road we embarked upon was an easy one,” he noted. “However, there is no middle road between racist oppression and exploitation and resistance and struggle. We believed firmly that 'the armed struggle' was the continuation of the political struggle by other means.”

Released in 1991, Esau promptly went to work for the ANC, and ultimately the Institute for Justice and Reconciliation, while furthering his studies at UWC (BA Honours in Development Studies, 1993; MA, 2007). He was awarded the Freedom of Worcester accolade in 2020, recognising his significant contribution to the rights to freedom and justice.

“Cecyl helped the university find its place in the great struggle for freedom and justice,” Prof Pretorius said. “But he also helped us find our soul — to define who we were, what we wanted to be, what we stood for. And he set a truly inspirational example, demonstrating great courage and conviction by always standing up for what he believed in while respecting the rights of others to do the same.”

Yhu! This woman's kids threw shade in her obit that will leave you SHOOK

Imagine your children telling the whole world that you will not be missed and airing your dirty laundry after you've died!
TshisaLIVE
4 years ago

Stella Magaba, who has died in Cape Town at the age of 49, was a larger-than-life self-taught singer and actress who captivated audiences in South ...
Opinion & Analysis
5 years ago

The shocking news of the death of Zulu King Goodwill Zwelithini ka Bhekizulu has shattered his in-laws of the AmaRharhabe nation.
News
1 year ago