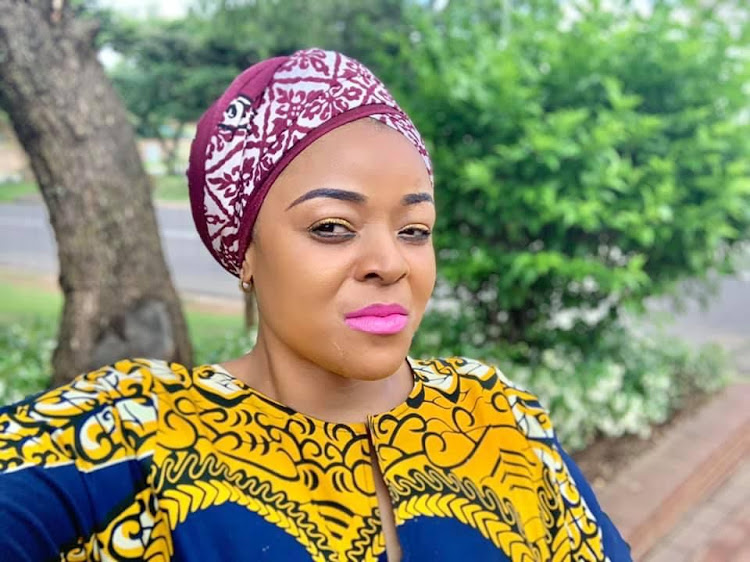 Joy Nonzukiso Peter says Ndebele activist and author Thando Mahlangu's rights to cultural expression and freedom as enshrined in the constitution have been trampled upon.
Image: Supplied

What transpired at the Boulders shopping centre is not only a reflection of a bigger societal problem, but a blatant continuation of the demonisation of the African culture and its traditions.

Since time immemorial, African culture has been purposely mocked, vilified and portrayed in a negative light. Such representations are more often than not underpinned by racial and discriminatory undertones which shouldn’t be tolerated 27 years into democracy.

Coincidentally, Tata Nelson Mandela spent exactly the same number of years in prison fighting for the total emancipation of the black nation including the reconstruction of who we are as a people — not who outsiders think or feel we should be. The same way our forefathers implored us to free ourselves from cultural imperialism and prejudiced constructs of African traditions.

Our country is culturally diverse and our various cultural belief systems are protected by the constitution.

One cannot help but wonder whether Thando Mahlangu would have been safe from harassment and embarrassment on Heritage Day. Perhaps for some, as it’s only 24 hours in 8,760 hours in a year. How unfortunate.

Section 9(3) of the constitution states that “the state may not unfairly discriminate directly or indirectly against anyone on one or more grounds, including race, gender, sex, pregnancy, marital status, ethnic or social origin, colour, sexual orientation, age, disability, religion, conscience, belief, culture, language and birth”. Furthermore, Section 30 accords every person the right to “use the language and to participate in the cultural life of their choice”.

It is therefore mind-boggling that in this day and age we should be ranting about someone whose rights to cultural expression and freedom as enshrined in the constitution have been trampled upon.

One cannot help but wonder whether Thando Mahlangu would have been safe from harassment and embarrassment had he walked into the same Clicks store dressed in the Ndebele traditional regalia on September 24? Well, perhaps, or not so: some believe there is a day reserved for him to be himself “culturally” and it’s only 24 hours in 8,760 hours in a year. How unfortunate.

Those who are arguing that the centre manager had every right to ask Mahlangu to leave the mall because management didn’t condone his outfit and that some shoppers had apparently complained about his “inappropriate” dress code, let us assist you with your unfortunate ignorance.

Ndebele activist and author Thando Mahlangu was allegedly hounded out of a Midrand mall because he was dressed in traditional Ndebele attire.
News
1 year ago

The traditional dress for Ndebele men comprises a breastplate or “iporiyana”, which can be seen hanging from the neck down and has some of its symbolism in rites of passage into manhood, animal skin aprons, headbands and ankle bands, as well as a cape, hence the blanket worn by Mahlangu.

There is absolutely no room for nakedness. I cannot for the life of me believe that there was any show of private parts in Mahlangu’s attire because almost all African cultures especially in SA make provision for the covering up of genitals and buttocks in their traditional wear.

Even the largely misconstrued depiction of Africans pre-colonisation does concede that as “minimally dressed” as Africans were, they covered their private parts. This is despite the fact that most cultures were fully covered even long before the arrival of colonialists in Africa.

It would therefore be of great interest to be further enlightened on exactly which aspect of Mahlangu’s attire was of concern or offensive to “other shoppers”.

The association of African culture with boorishness has to be treated with the contempt it deserves whenever it rears its ugly head in SA.

The author is an initiated and practising spiritualist/sangoma/traditional healer, working in communications.

From grains to pages: A new store of knowledge in honour of a president

This week architect and creative visionary David Adjaye joined early waves of post-lockdown travellers to visit Joburg to unveil his design for the ...
Lifestyle
1 year ago

King Goodwill Zwelithini ruled the kingdom for almost 50 years. He was installed as the eighth monarch of the Zulus in December 1971.
News
1 year ago