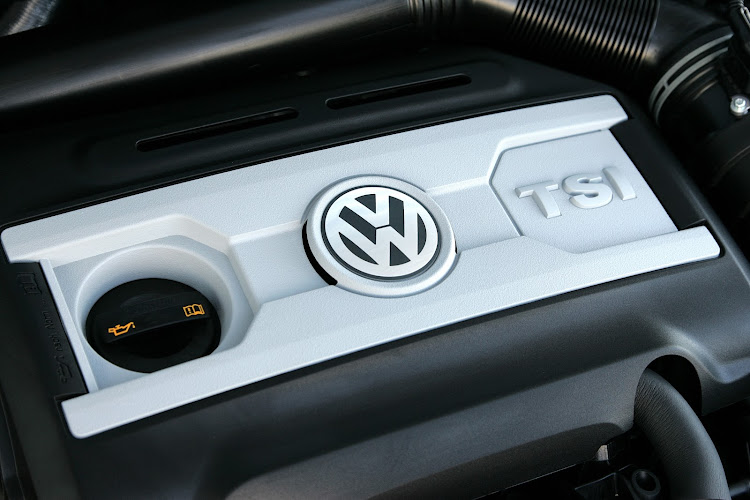 Carbon buildup can be a problem in certain Volkswagen TSI engines.
Image: Supplied

My 2009 VW Golf 6 1.4 TSI, which I bought as a low-mileage used car in 2014, has now clocked 73,000 km from new. It has been fairly reliable so far, but lately it has started to misfire when cold, and when my nephew had occasion to drive the Golf recently, he commented that the car felt sluggish compared to his Polo with the same engine.

What could be the reason for these symptoms? I have already fitted new spark plugs, but it made no difference. – Thomas

Thomas, it's impossible to be sure without comprehensive testing, but one possibility is that you are experiencing the dreaded "carbon buildup syndrome" that afflicts some direct-injection petrol engines.

Since the early 2000s, many manufacturers have replaced the previous generation of fuel-injection systems (where the petrol mist was injected into the inlet ports and then carried into the combustion chambers by the inrushing flow of air when the inlet valves open) by direct-injection systems (where the petrol is injected directly into the combustion chamber during the compression stroke of the piston).

VW's version of direct petrol injection was initially called FSI – “Fuel Stratified Injection” – which became TSI when a turbocharger was added. Petrol Direct Injection (or GDI, if we call petrol “gasoline” like the Yanks) promised several advantages, such as lower emissions during cold running or light-load operation, and more power, which if used judiciously results in lower fuel consumption.

But the law of unintended consequences soon made an unwelcome appearance. It was found that the inlet valves on GDI engines showed a tendency to accumulate a hard, ever-growing crust of carbon deposits around their neck.

These deposits, which some reports compare to “lava rock” because they are almost impossible to remove, are formed when oil vapours, drawn into the inlet manifold from the crankcase ventilation system, condense on the back of the valve head and are then baked into a hard carbon layer when the valve heats up.

Once this layer starts to form, it causes the valve to run hotter, hastening the baking process. The front face of the valve is exposed to the full heat of combustion and any deposits that may form there will promptly be burnt off. But at the back the crust will grow - and eventually it will restrict the opening through which the air has to enter the cylinder.

The engine can no longer breathe properly and slowly its power output will drop. It may happen too slowly for the regular driver to notice, but someone who is accustomed to a healthy engine will pick it up. Eventually, misfiring and heavier fuel consumption will make it obvious that something is amiss.

If this really is the problem on the Golf (and I emphasise that it would need further investigation), I'm afraid you are looking at a replacement cylinder head - or a hefty labour bill for cleaning off the deposits.

This is a problem best prevented rather than cured, and the best way to prevent it is:

It is also something to bear in mind when shopping for a used car, where you're seldom quite sure how the previous owner has treated the vehicle.

This explains why some manufacturers have resorted to two injectors for each cylinder, one into the inlet port and one into the combustion chamber. – Gerrit

'Don't do it!' How being arrested for a driving offence can change your life