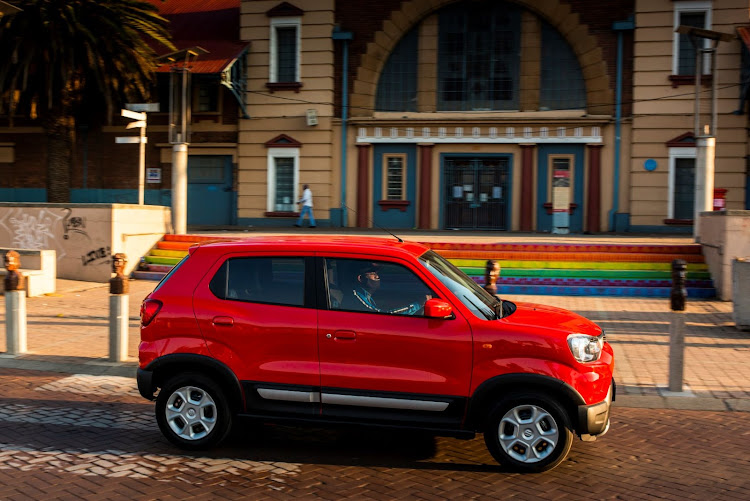 A Suzuki S-Presso similar to the one purchased by André Bosman.
Image: Waldo Swiegers

The thrill of that new car smell quickly turned sour for André Bosman.

On November 12 he took delivery of a Suzuki S-Presso from the Centurion dealership and had paid for the vehicle in full two days earlier.

It was the GL+ version, equipped with the automated-manual transmission (AMT). According to the website of the manufacturer, the model is priced at R164,900, while the range itself kicks off at R145,900. The S-Presso carries a five-year/200,000km “promotional” warranty. That weekend Bosman opted to apply rubberising under the wheel-arches of his vehicle: the exposure left him concerned. It was a job that necessitated removing the wheels.

What he discovered left him uneasy.

“On removal, I saw that the wheel hubs [were] rusted as well as the exhaust bracket,” he said. Bosman claims he did not bother to seek out further areas of corrosion, before taking the vehicle back to the dealership.

He took the vehicle to Suzuki Centurion on November 19. On November 20, he received correspondence from Jennefer Jackson, customer relationship manager.

An e-mail forwarded to Sowetan Motoring reads: “Surface rust and rust on [the] undercarriage is not a warrantable defect and [is] not covered by warranty.” Jackson added: “This is normal surface rust and [will] come off [in] time.”

Bosman was taken aback and countered with his concerns, expressing disdain at the dismissal of corrosion on a new vehicle as “normal.”

He cited Sections 53 and 54 of the Consumer Protection Act (CPA) and its definitions pertaining to the condition of new products. He alleges he was told in conversation that “this is the way they come off the ship and there is nothing they can do about it”.

“Considering that the vehicle is brand new, I consider it unacceptable that any form of rust anywhere on the vehicle is [acceptable]. Whether it is a warranty issue or not, should in my opinion not even be the subject of discussion. ‘New’ means all parts are new and should literally look same.” 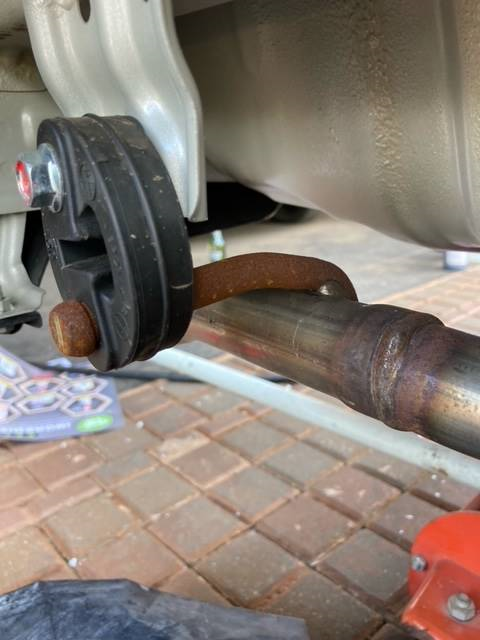 The dealership had agreed to remove the rust. But Bosman fears that the issue he experienced is not a one-off and could affect other vehicles.

“I am convinced that neither they or most other buyers of the new vehicle [realise] that there is a problem, because it is unlikely that someone will remove tyres so soon after they bought the vehicle.”

“According to the [dealership], Suzuki South Africa is not interested in resolving the matter,” he explained in correspondence with Sowetan Motoring on 25 November. “The [dealership] is trying to be helpful by trying to remove the ‘surface rust’ as a courtesy.”

Bosman, the contracts director at an engineering firm, said the different grade of materials used for the exhaust and its accompanying bracket were concerning.

“If there is rust on the hubs, there is a slight possibility of moisture ingress into the wheel bearings, which could lead to bearings seizing.”

The statement said that of the CPA-mandated options availed to the customer, he had elected that the vehicle be repaired.

“All the affected areas of the vehicle were as a result of surface rust and exposure to the elements, which, under normal circumstances would not be covered by our corrosion and perforation policy.

“However, we have a vested interest in all our clients, and endeavour to meet their expectations and lend to the experience and relationship with their vehicle. 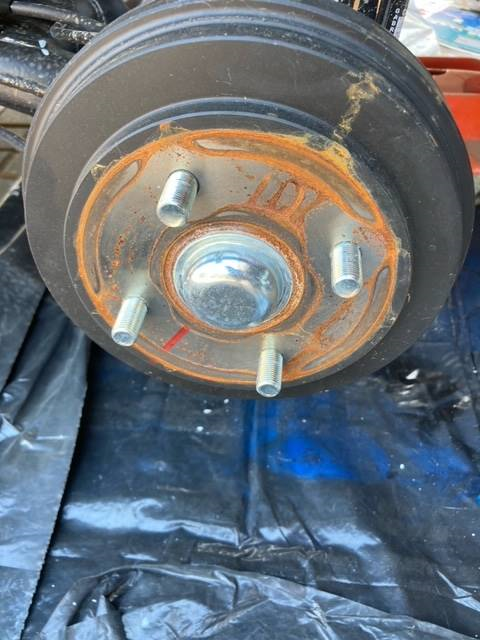 “Since this is a new vehicle, the concern would have been covered at no cost to the client, but we have a responsibility to declare these concerns to the customer upfront.

“We always consider the needs of each of our customers and we deal with each concern on a case-by-case basis and consider the merits of each case.”

Herbst said the concerns expressed by Bosman and the findings of the investigation had been submitted to the factory. The S-Presso is built at the Maruti-Suzuki plant in Haryana, India.

Sowetan Motoring made a follow-up with Bosman on December 7. He alleged that Suzuki had “lied” about him agreeing to the repair. Bosman said he spoke with a representative from the dealership on Friday, December 4.

“I asked if they removed all the rust; they said they were able to remove most of it. My comments were that if it is surface rust, why did they take two weeks to remove it and then they still cannot remove all of the rust?

“I never agreed anywhere to accept the parts with rust removed, and when I was on the phone with them, I always made very sure they understand that I will not accept anything but new parts. They must have recordings of the calls.

“I have been invited by them to inspect the work they did on cleaning the rust off, but I also made it clear that it does not mean I accept their efforts. I am also certain there will be some pitting on the rusted parts. If that is the case, then it is certainly not surface rust.”

We referred these comments back to Suzuki for response. “The vehicle has been returned to factory standard regarding the rust concerns of the client,” said David Anders, national service manager.

“The client is unhappy with the solution, so we will continue talks with the client to reach an amicable way forward.”

At the time of publication deadline, the vehicle was still in the workshop and Bosman said he had yet to be contacted by a representative from Suzuki Auto South Africa.

Abi Garner had no qualms buying a second-hand 2014 Ford Fiesta ST with 34,000km on the odometer
Motoring
1 year ago