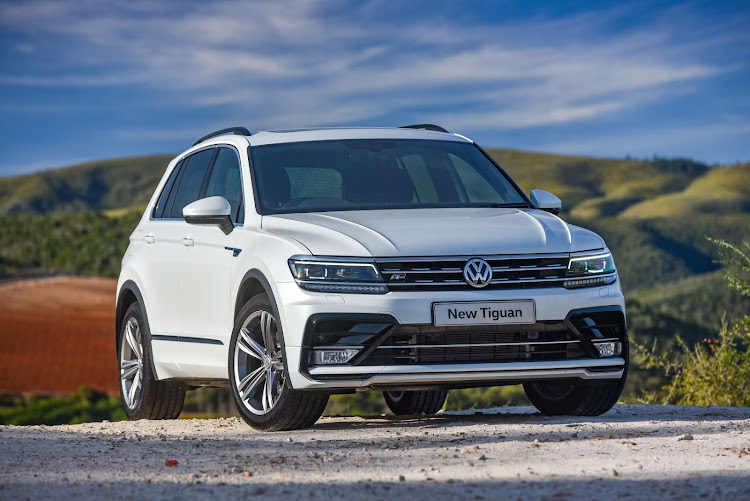 A Volkswagen Tiguan similar to the one owned by Maria Mafadza.
Image: Supplied

On the public Southern African Legal Information Institute (SAFLII) database, one can trawl through endless cases where disputes related to motoring were brought before the judicial establishment.

This month we highlight the case of a Volkswagen dealership that was fined R100,000 following its obstinance in refusing to fix a defective CD player in a customer’s vehicle.

The matter was heard by the National Consumer Tribunal (NCT) in Centurion on July 2 2019. The order was handed down on July 10.

According to the case document, Maria Mafadza (the applicant) purchased a Volkswagen Tiguan 1.4 TSI in December 2017 for R498,751.54 from Bidvest McCarthy Volkswagen Arcadia (the respondent).

She had begun shopping around in November that year already and when approaching various dealerships, stated that the vehicle must include a factory-fitted CD player.

They celebrated their victories when the National Consumer Tribunal ordered motor dealerships to refund them for dodgy cars - and dished out hefty ...
News
1 year ago

The Arcadia dealership said they did not have stock with this option fitted – but would source one from a retailer in Witbank. Mafadza agreed and the handover took place on December 4.

She said that delivery happened late, that “the salesperson rushed through showing her the vehicle” and that when she asked for a demonstration of the CD player, the salesman could not comply because he did not have a CD to insert.

Mafadza did not drive the vehicle, leaving it garaged. She only learned of the faulty CD player during a trip to Limpopo. “The applicant was not able to insert a compact disc into the compact disc player.”

When she got back to Gauteng, she booked the Tiguan in at the dealership on January 4 2018.

But she did not receive the help she might have expected. The dealership said it would not cover the cost of repair and accused Mafadza of tampering with the CD player.

“The applicant requested a copy of the fault inspection report, but the respondent refused to give the applicant a copy.”

Then she tried to seek assistance from Volkswagen South Africa, approaching the managing director of the company with her grievance, an initiative described as “unsuccessful” in the case document.

Mafadza lodged a complaint with the Motor Industry Ombudsman of South Africa (MIOSA), which made correspondence with the dealership on March 22 2018, informing them of the complaint and requesting a response. A follow-up was sent on July 26 2018.

McCarthy Volkswagen Arcadia did not respond to either.

The ombudsman communicated to Mafadza that the dealership’s lack of response was viewed as contravention of the Consumer Protection Act (CPA) 68 of 2008 and recommended that she register a complaint with the National Consumer Commission (NCC) “in order for them to act in terms of section 72 of the CPA”.

The NCC said it could not pursue the matter, while acknowledging a “dispute of facts” relating to the alleged tampering of the CD player.

It told Mafadza: “Issues of dispute of facts can be appropriately addressed through an arbitration process. We note that the damage does not render the vehicle inoperable and that it could be repaired, which does not warrant cancellation of the sales agreement.”

The commission then issued a notice of non-referral and closed their file. So Mafadza approached the NCT, which adjudicates independently with the aim of “fairness and justice for everyone in the consumer and credit market”.

PODCAST | Car sales have still not recovered in SA

The guys take a look at car sales in July and how the effects of Covid-19 and recent price hikes have flattened overall demand. They also chat about ...
Motoring
1 year ago

According to its website, the NCT operates in terms of section 149-150 of the National Credit Act (NCA) 34 of 2005, which has provisions similar to those found in the CPA.

“A decision made by the NCT has the same status as one made by the High Court of South Africa. Failure to comply with an order of the tribunal carries a fine or imprisonment for up to 10 years.” The applicable laws as outlined in the case document are sections 55 and 56 of the CPA, the former declaring “that consumers are entitled to safe, good quality goods” with the latter outlining “an implied warranty of quality”.

Proceedings with the NCT commenced and the dealership was asked for its submission. Its representative, new car sales manager Ian van Niekerk, maintained that the CD player was tampered with.

“We will therefore not be held liable to repair or refund the applicant’s motor vehicle compact disc player as the warranty does not allow for this due to it being tampered with after delivery of the vehicle. This is based on an investigation by one of our trained technicians,” he said.

According to the case document, no representative from the dealership attended the hearing, of which notice was given on May 30 2019. The tribunal called the respondent before the hearing began to inquire about his non-appearance. He said he was aware that the matter was scheduled, but that he was “away on vacation.”

So, the hearing went along in absence of the respondent.

“A careful consideration of all the evidence submitted to the tribunal, both on affidavit and through oral evidence, indicates that the basic facts of the matter are not in dispute. The only real factual issue in dispute is how it came about that the compact disc player is not in working order.”

The tribunal recorded: “[T]he respondent did not present any evidence to contradict the version of the applicant; and neither was the respondent’s version able to be challenged by the applicant and the Tribunal under cross-examination because the respondent elected not to attend the hearing.

“The respondent further did not avail its technician to the tribunal on the day of the hearing to be cross-examined on the findings in the fault inspection report. This has crucial implications for a decision in this matter.”

The tribunal upheld the application and ordered the dealership to replace or repair the CD player at their own cost by August 7 2019, a deadline of nearly one month.

This was in addition to a R100,000 administrative fine – R50,000 of which was suspended for 30 days subject to them complying with the order to fix or repair the CD player.

We reached out to the dealership to inquire what transpired in the wake of the order and if it could facilitate communication with the applicant for further perspective.

It responded: “The dealership has complied with and fulfilled all obligations in terms of the order made by the tribunal on July 10 2019. Other than that, McCarthy (Pty) Limited, having obtained legal advice, will not further respond to the content of your email nor provide you with any other information as requested.”