OPINION | Why the local motoring media space needs a facelift 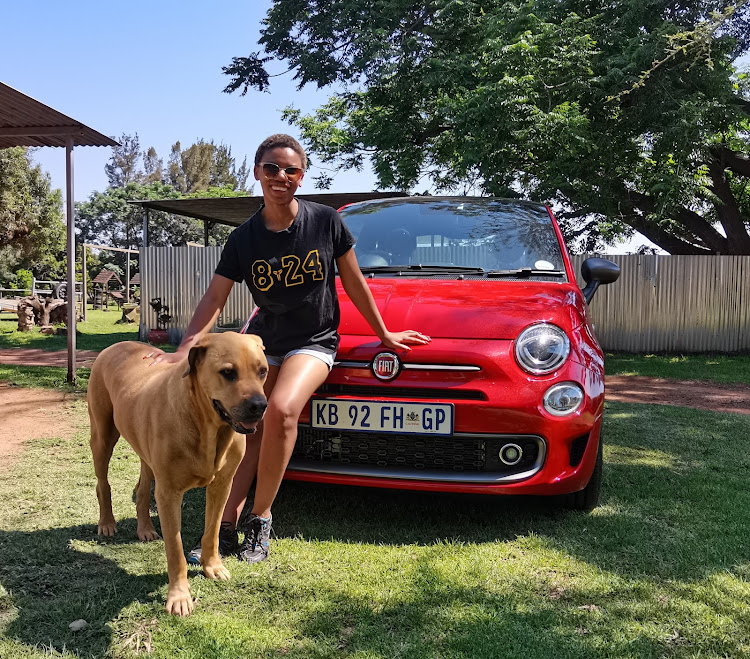 The author with her dog and a Fiat 500.
Image: Supplied

Growing up, my dad and I would bond over our love for cars.

This featured long road trips, young me pointing out sightings of my favourite four-wheeled beasts — knowing their specifications off by heart. My year in the motoring media firmament has made some of my wildest dreams come true. But I think there are some areas crying for a major facelift.

When I say motoring journalism, the chances are likely that your preferred practitioners in the space still largely resemble a Jeremy Clarkson archetype. From what I observed over the last 12 months as a producer at Ignition TV, attending launches and experiencing the overall circuit, this is an industry that is largely untransformed.

As warmly as some of my colleagues embraced me, a black woman, it seemed that one had to work twice as hard to justify a presence in the space.

Speaking to my female counterparts that have been in the industry for over a decade, experience has shown that making mistakes is catastrophic, while our male colleagues could make the exact same mistake and it will be taken as a light slip.

Big motoring publications and the industry at large ought to invest more in cultivating female voices within the establishment. It will bring fresh perspectives and a more proportional representation of half of our population.

Motoring journalism also displays characteristics of a niche market — and yet the car-buying business is not so.  You don’t need to be a petrolhead to want to know about or buy a car. Audiences would be better served if they didn’t have to struggle decoding dense reviews laden with technical jargon. I’m not saying dumb it down, but surely we can find a healthy balance between the nitty-gritty and relatable simplification?

This is an approach consumers are going to appreciate when it comes to reportage on electric vehicles, for example. A topic with new terms, innovative technologies and practices we are all still getting to grips with — like having to plug one’s car in for a charge!

I really believe that the motoring space as a whole still has a long way to go, representation is paramount to the success and evolution of the field. However, the fact that I got to experience this world is an omen of progress, I am grateful to the people that opened doors.

And while my producer role is referred to in past tense, don’t worry, I still have plans to contribute meaningfully to the industry on the road ahead.

Zimkhita Kweza is emigrating to the UK to further her education.

OPINION | Why mergers come at a cost in the car industry

Mergers are nothing new in the car industry. General Motors, long the foremost manufacturer in terms of production figures, came into existence in ...
Motoring
4 months ago

Toyota gets a bad rap. Especially in the fickle Land of Petrolhead. Mention at the next cars and coffee that you are a fan of Japan’s biggest ...
Motoring
1 year ago

Volkswagen Polo drivers. The reputation of said group has probably trumped that of minibus taxi operators for dubious behaviour on (and sometimes ...
Motoring
1 year ago