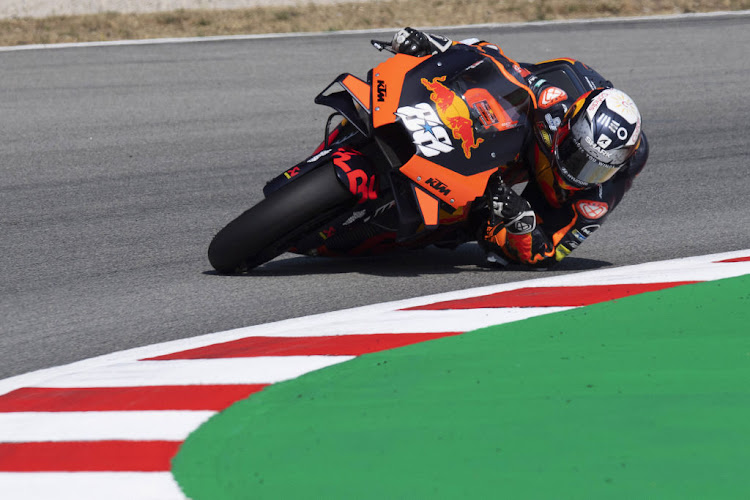 KTM rider Miguel Oliveira fended off Yamaha's Fabio Quartararo in an intense battle to claim his first win of the season at the Catalunya Grand Prix in Barcelona on Sunday.

Pramac Ducati's Johann Zarco made a late charge to finish second as championship leader Quartararo dropped down to fourth after being given a three-second penalty for exceeding track limits.

Oliveira came under increasing pressure from Zarco on the final stretch but held off the Frenchman by 0.175 seconds, while Jack Miller rounded out the podium on his factory Ducati.

“It was probably the best race of my career so far,” Oliveira said in a post-race interview. “Everything was so hard — the tyre management and Fabio was just putting pressure on me for so many laps.

“But I kept it really cool and it was a perfect race. I can't thank KTM enough for giving me an amazing machine today.”

Miller used Ducati's supreme launch system to take the lead on the opening lap ahead of Oliveira and Quartararo, who started on pole position for a fifth straight time.

The Australian, however, made a mistake at the Turn 4 right-hander on the third lap to let Oliveira slip into the lead, while Quartararo dropped to fifth following an unsuccessful overtaking attempt on Miller.

Quartararo steadily improved his lap timings to pass Oliveira at the halfway stage but the Portuguese roared back to reclaim the lead two laps later.

Oliveira preserved his tyres to extend his advantage at the top before Quartararo ran off the track with three laps remaining.

In a bizarre finale, Quartararo's leathers burst open and he lost his chest protector but he continued to battle for the final podium spot with Miller.

Oliveira was flawless in the final stages to take his third victory in the premier class and move up to seventh in the championship standings.

Six-time MotoGP champion Marc Marquez crashed out for a third consecutive race, while Honda team mate Pol Espargaro joined him on the sidelines.

Valtteri Bottas said he raised concerns about Mercedes' pit stops ahead of last month's Monaco Grand Prix which saw the Formula One champions fail to ...
Motoring
7 months ago

Australian Remy Gardner, son of 1987 500cc world champion Wayne, will move up to MotoGP next season, the Tech3 KTM team announced on Wednesday
Motoring
7 months ago