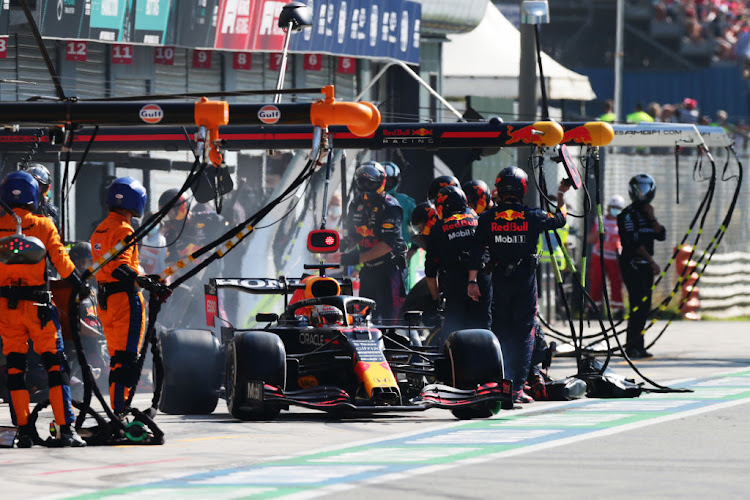 The 11-second stop in last Sunday's race at Monza dropped championship leader Verstappen into a position where he and Mercedes title rival Lewis Hamilton went wheel to wheel and collided, retiring on the spot.

Verstappen was held to be predominantly to blame and collected a three-place grid penalty for the next race in Russia.

“There was a rare human error in our pit stop, as a result of the new Technical Directive but nonetheless something we need to learn from,” Red Bull boss Christian Horner said in a column on the team website on Friday.

“That slow stop put Max out of sync from where he should’ve been on track. Mercedes compounded that situation as they faltered with their own stop on Hamilton's car, which meant both drivers were neck and neck.”

He did not give a further explanation but the FIA directive, which came into effect in August, aimed to slow pit stops for safety reasons by preventing the use of any automated systems.

Red Bull had complained in June that the directive was aimed at reducing their advantage.

The team hold the record for the quickest F1 pit stop at 1.82 seconds and had regularly managed to change all four tyres in less than two seconds.

Red Bull's smart wheelguns previously automatically relayed a signal to the mechanic on the front jack as soon as all four wheels were on and tightened, according to the website.

It said mechanics pressed a button, even before starting to tighten the wheels, but now had to wait until the change was finished. If the button is pressed prematurely, no signal is sent and the procedure has to be repeated.

Horner said he still felt both drivers were to blame for the incident and “if the FIA wanted to make a statement, they could’ve imposed the same penalty on both.”

He said Verstappen's penalty would not be such a great handicap for Sochi, however, because of the aerodynamic 'tow' cars can collect on the long run to the first corner.

Four-times world champion Sebastian Vettel and Canadian Lance Stroll, son of the owner, will race for Aston Martin next season in an unchanged driver ...
Motoring
10 months ago

Aston Martin have started work on a new Formula One factory and wind tunnel that team owner Lawrence Stroll said underpins his commitment to the ...
Motoring
10 months ago

Raikkonen will make his return at the Russian GP

Alfa Romeo's Kimi Raikkonen indicated on Monday that he will be back in action at the Russian Grand Prix after missing the last two Formula One races ...
Motoring
10 months ago