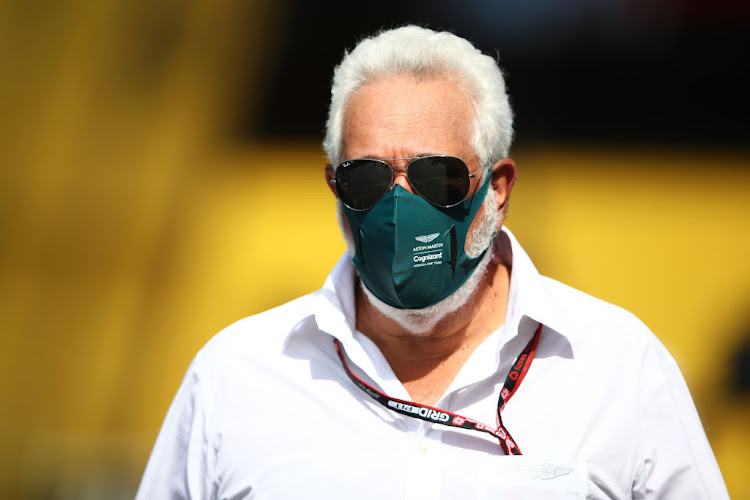 US-based Andretti Autosport would be a great addition to Formula One if reported takeover talks with Sauber come to fruition, according to Aston Martin's billionaire Canadian owner Lawrence Stroll.

Swiss-based Sauber run the Alfa Romeo team and there is mounting speculation that Michael Andretti, a former grand prix racer and son of 1978 champion Mario, is close to a deal.

American motorsports website Racer.com reported, however, that no announcement was expected at this weekend's US Grand Prix in Austin, Texas.

"Andretti's a great name. I know the family and I think they'd be a great addition to the sport, if it's true," Stroll told Reuters from Montreal ahead of Sunday's race when asked about the rumours.

"I don't know much about it other than that I heard in the paddock last race that there was potentially some activity there.

"I think they did a SPAC in the States and said they were going to look to buy something in motorsports. I fully get it, I see the logic."

The Andretti family set up a special purpose acquisition company (SPAC) this year to raise $250m (roughly R3,609,280,000) through an initial public offering.

The US is a key growth area for Formula One, owned by US-based Liberty Media, with a second race in Miami coming in 2022.

Stroll, who made his money in fashion, bought a significant stake in British sportscar maker Aston Martin in 2020 and is the executive chairman.

The Silverstone-based Formula One team he bought in 2018 now competes as Aston Martin and Stroll has big plans for the future.

A new factory and wind tunnel "campus" is being built and the team this month launched a five-year sterling retail bond through the London Stock Exchange to help fund a project due for completion in three years' time.

Stroll said the offer was also a chance for the team's fans and employees to become financially involved with a minimum initial subscription of £1,000 (roughly R19,872) and multiples of 100.

"This will be a substantial amount of what the total facility will cost," said the Canadian, who added that the latest cost estimate was around £220m (roughly R4,375,802,200).

"Everybody is very focused on each of us being profitable. And Formula One teams, run properly, will be very profitable companies," he said. "It's a lot easier to win when you're outspending the competition. That has now gone ... that plays into the sweet spot of this team, who historically did more with less.

"We'll be able to do more, we'll be at the peak of the budget cap, we'll be right up there."

The value of Formula One teams has also been boosted by any new entrant having to pay a $200m (roughly R2,886,260,000) fee to compensate the existing 10 outfits for their reduced future share of the sport's overall revenues.

This does not apply to anyone taking over an existing team.

The Williams Formula One team have pledged to be climate positive by 2030 and be the "pace-setter for sustainability in global motorsport" as part of ...
Motoring
7 months ago

Formula One fans are seeing the benefits of this year's cost cap and the new rules coming for 2022, the sport's managing director Ross Brawn said on ...
Motoring
7 months ago

US-based Andretti Autosport is in takeover talks with Swiss-based Sauber, owners of the Alfa Romeo Formula One team, according to media reports
Motoring
7 months ago