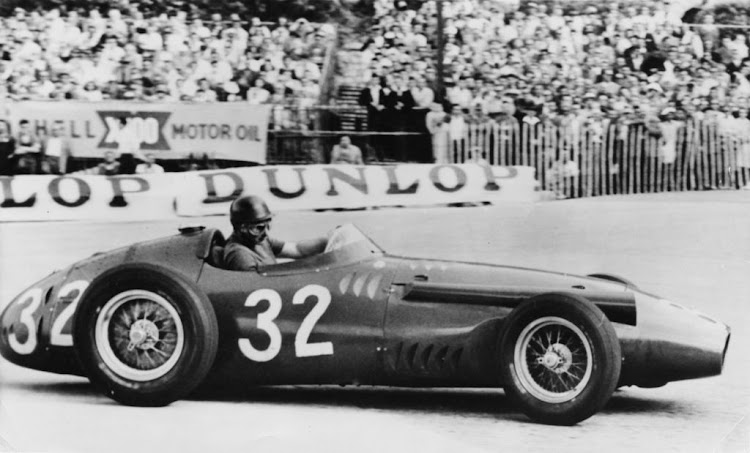 Argentines lined the streets of Juan Manuel Fangio's birthplace on Wednesday to applaud as the remains of the 1950s Formula One great went on one last lap to a new resting place in the museum housing his cars.

Triple world champion Jackie Stewart joined the locals in Balcarce, some 415km south of Buenos Aires, in paying tribute to the man he still considers to be the greatest racing driver of all time.

This year is the 70th anniversary of the first of Fangio's five world championships won between 1951 and 1957 with four different constructors.

He died in 1995 aged 84, with Stewart now the last survivor of the six pallbearers — who included Fangio's former team mate Stirling Moss and Argentine racers Carlos Reutemann and Jose Froilan Gonzalez — at the funeral.

Wednesday's tribute saw the remains moved in a hearse, with ceremonial honours and draped in the national flag, from the city cemetery through the streets to the museum dedicated to Fangio near the house where he was born in 1911.

People stood and applauded as the procession went by.

“For me there can be no other racing driver who is more justified in having all of this occurring,” Stewart had told Argentine media in Mar del Plata, where he arrived from attending the Mexican Grand Prix, on Tuesday.

“The fact that he is now going to be by his cars, in his museum, I think is a great, great honour to him,” added the Scot.

“To be able to go into the same room that the great man is going to be in, whatever the difference of time and all that has gone with it. The spirit is still as strong as ever.”

Formula One leader Max Verstappen can sprint to his third win in a row in Brazil on Sunday but Lewis Hamilton and Mercedes intend to hit back hard ...
Motoring
3 weeks ago

Formula One's governing body has said it is confident Saudi Arabia will be ready for its grand prix debut next month after media reports highlighted ...
Motoring
3 weeks ago

Triple world champion Jackie Stewart will pay tribute to Formula One great Juan Manuel Fangio on Wednesday when the Argentine's last remains are ...
Motoring
3 weeks ago