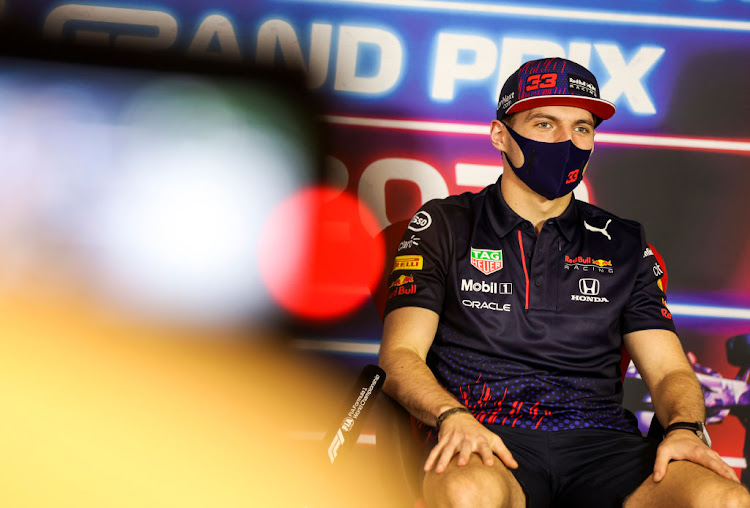 Red Bull driver Max Verstappen feels he is being singled out by Formula One stewards and said he will not change the way he drives ahead of a winner-takes-all title showdown with Mercedes rival Lewis Hamilton at the season-ending Abu Dhabi Grand Prix.

Verstappen was handed two time penalties at the last race in Saudi Arabia for leaving the track while defending the lead against Hamilton and for a later collision with the Briton.

“Clearly things don’t apply for everyone,” the 24-year-old told reporters on Thursday. “Things I did in terms of defending, two other guys also did and they didn’t even get a mention or a penalty.

“Clearly it’s only me who gets it,” said the Dutchman, referring to battles between Ferrari teammates Carlos Sainz and Charles Leclerc and Aston Martin's Lance Stroll and George Russell of Williams, whose off-track excursions went unpunished.

Verstappen and Hamilton head into Sunday's race at the Yas Marina track level on points, only the second time in the sport's history that has happened, but with the Red Bull driver leading 9-8 on race wins.

The 24-year-old is gunning for his first Formula One title while his British rival is eyeing a record eighth.

Verstappen will be champion if both he and Hamilton fail to score, raising concerns that one of the most thrilling title battles in years could be decided by a collision.

The pair have already come together three times this season.

Formula One race director Michael Masi in his event notes warned that any unsportsmanlike behaviour could attract severe sanctions including a points deduction.

When pushed on whether he would race differently in light of the penalties handed to him in Saudi Arabia and Masi's warning, Verstappen responded: “To be honest the only thing I ask for is that it’s fair for everyone.

“Clearly that’s not the case at the moment.

“I don’t feel like I was wrong and clearly it is not wrong for others so why should I then change while for others it's allowed to race like that?

“I think everyone should be allowed to race like that.”

The Abu Dhabi Grand Prix will be staying on the Formula One calendar until at least 2030, the sport announced on Thursday ahead of the season-ending ...
Motoring
1 month ago

Insulation firm Kingspan and the Mercedes Formula One team have agreed to end a sponsorship deal, they said on Wednesday, amid a backlash about the ...
Motoring
1 month ago