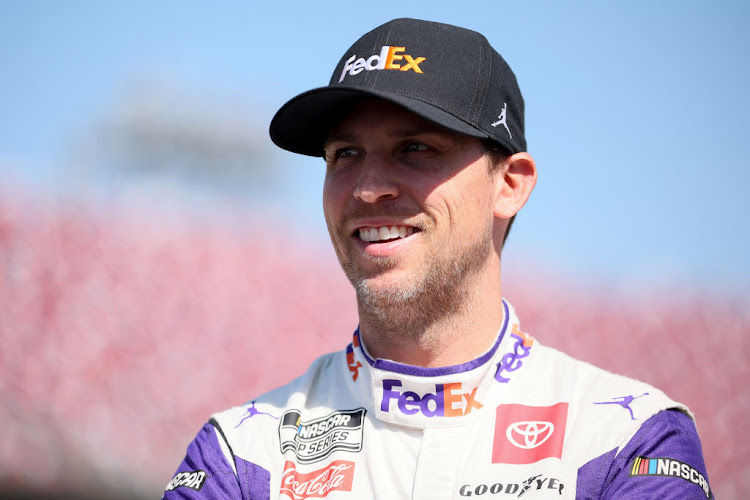 Denny Hamlin has been ordered by Nascar to undergo sensitivity training after he put up a social-media post considered offensive.
Image: James Gilbert/Getty Images

Denny Hamlin has been ordered by Nascar to undergo sensitivity training after he put up a social media post considered offensive.

Hamlin directed a post toward fellow driver Kyle Larson on Monday that featured a clip making fun of a female Asian driver. Hamlin superimposed Larson's name over the character.

Larson was born in the US but his mother is Japanese-American.

Hamlin deleted the post on Monday night after drawing criticism.

"I took down a post I made earlier today after reading some of the comments. It was a poor choice of memes and I saw how it was offensive. It came across totally wrong. I apologise," Hamlin said.

NASCAR said it informed Hamlin on Tuesday about the expectation that he immediately start a sensitivity course.

Toyota, which has an affiliation with Hamlin, also issued a statement on Tuesday.

"We have spoken to Denny Hamlin regarding his tweet from yesterday. Toyota supports NASCAR's decision to mandate sensitivity training for Denny and we will all move forward together."

The second round of the Toyota GR Cup started off well for the TimesLIVE GR Yaris. After arriving at Zwartkops Raceway early on Friday morning, I ...
Motoring
3 weeks ago

Ross Chastain made a last-straightaway pass of leader Erik Jones to win a frantic GEICO 500 NASCAR Cup Series finish at Talladega Superspeedway on ...
Motoring
3 weeks ago