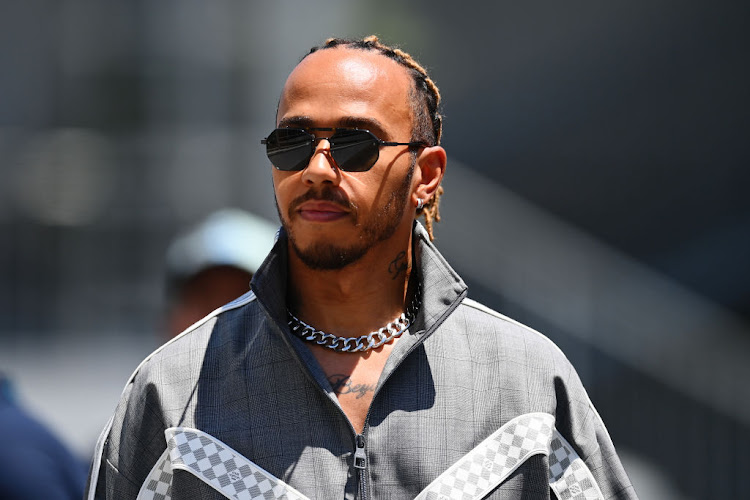 Lewis Hamilton says his back pain won't keep him away from the upcoming Canadian Grand Prix.
Image: Dan Mullan/Getty Images

Seven-times Formula One world champion Lewis Hamilton assured fans on Monday that he would be racing in Canada this weekend despite suffering severe back pain in Sunday's Azerbaijan Grand Prix.

The 37-year-old Briton's Mercedes team boss Toto Wolff had fuelled concern after telling reporters there was a risk Hamilton might not be in a fit state to compete in Montreal.

Hamilton had spoken of gritting his teeth through the pain in Baku, with the car bouncing down the straights on bumpy asphalt, and called it the toughest race of his career, even though he finished fourth.

He posted on Instagram, where he has 28.5-million followers, on Monday to say he felt better.

"Yesterday was tough and had some troubles sleeping but have woke up feeling positive today," he said. "Back is a little sore and bruised but nothing serious, thankfully.

Formula One boss Stefano Domenicali arrived in South Africa on Monday for talks that could see the country's Kyalami circuit return to the grand prix ...
Motoring
3 weeks ago

"I've had acupuncture and physio with Ang [his physiotherapist Angela Cullen] and am on the way to my team to work with them on improving. We have to keep fighting.

"I'll be there this weekend, wouldn't miss it for the world."

The Canadian Grand Prix, round nine of the championship, will be the country's first since the Covid-19 pandemic forced the cancellation of the 2020 and 2021 races.

Hamilton, who now has 103 wins, took his first career Formula One victory in Canada in his debut 2007 season and has won there seven times in total – a record he shares with Ferrari great Michael Schumacher.

He and Mercedes have yet to win this season with an uncompetitive car suffering from 'porpoising' – bouncing as aerodynamic grip is gained and lost – following the introduction of new rules.

Mercedes driver George Russell on Saturday called the 'porpoising' experienced by 2022 Formula One cars a "recipe for disaster", and warned it was ...
Motoring
3 weeks ago

Hamilton's back pain could put Canada in jeopardy

Mercedes fear Lewis Hamilton might not be fit to race in Canada next weekend after the seven-times Formula One world champion endured severe back ...
Motoring
3 weeks ago