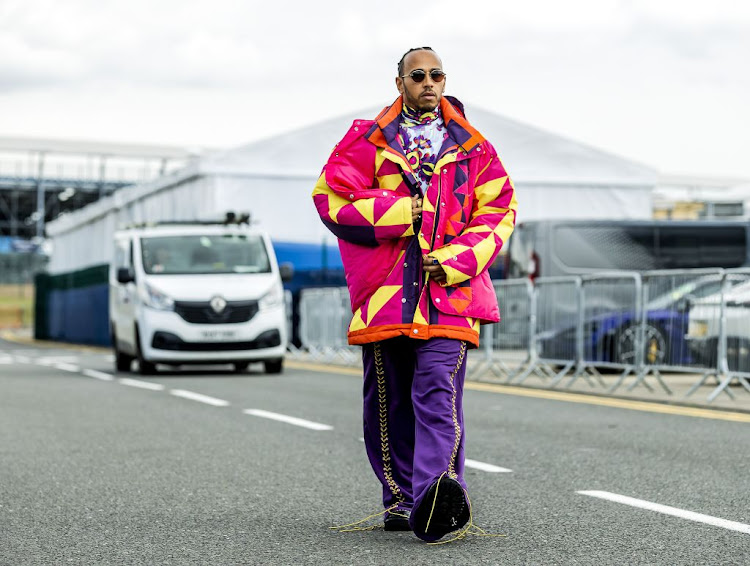 Lewis Hamilton walks through the Silverstone paddock ahead of the British Grand Prix.
Image: Remko de Waal/ANP via Getty Images

Ecclestone defended Russian President Vladimir Putin in a television interview on Thursday as someone he would “take a bullet” for.

Brazilian Piquet, 69, apologised to seven-times world champion Hamilton this week for a racially offensive reference to the Briton in an interview carried out last November and that emerged recently.

Hamilton, Formula One's only black driver who has been outspoken on human rights and diversity, said he had been on the receiving end of racism, negativity, undertones of discrimination and 'archaic narratives' for years.

“I don’t know why we are continuing to give these older voices a platform,” he said. “They are speaking on our sport and we are looking to go somewhere completely different and it's not representative of who we are as a sport now,” Hamilton told reporters at the British Grand Prix.

“We are looking to grow in the US and other countries, and SA, and grow our audience. We need to be looking to the future and giving the younger people a platform more representative of today's time.

“In the past couple of weeks I don't think a day's gone by without some of the older (ones) who have not been relevant in our sport for decades saying negative things and trying to bring me down.”

Ecclestone's comments on the war in Ukraine, and referring to Putin as “a first-class person”, provoked astonishment with British foreign secretary Liz Truss calling them “absolutely extraordinary”.

Formula One said they were “in very stark contrast to the position of the modern values of our sport”.

Hamilton said he could not believe what he had heard.

“To hear from someone that ultimately believes in the war, the displacement of millions of people and killing of thousands of people, the person that's doing that, they support them. That's beyond me,” he said.

Alpine aims to 'debunk myths' about women drivers in F1

Renault-owned Alpine launched a programme on Thursday to increase the number of women at their Formula One team and help women drivers reach the top ...
Motoring
1 month ago

Hugo Boss is returning to the F1 grid with Aston Martin

German fashion brand Hugo Boss announced on Thursday it was returning to Formula One with the Aston Martin team, five years after leaving for the ...
Motoring
1 month ago

Brazil's triple Formula One champion Nelson Piquet apologised to Lewis Hamilton on Wednesday after a video emerged of him using an apparent racial ...
Motoring
1 month ago