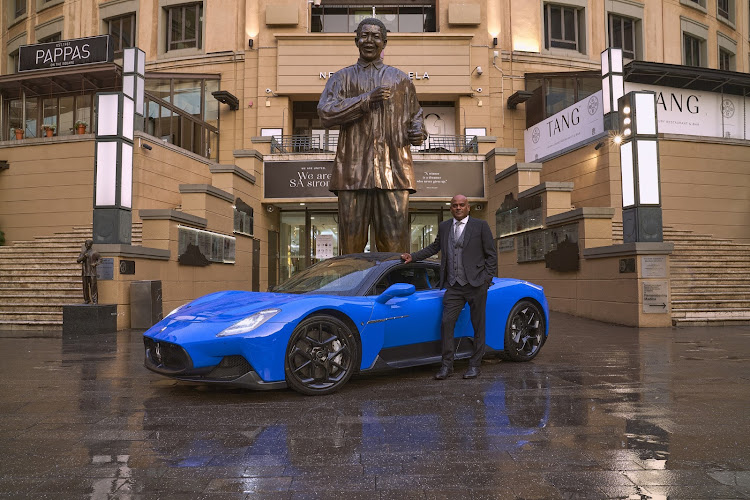 SA’s Maserati enthusiasts were given their first glimpse of the MC20 supercar in the metal this week.

A striking Blu Infinito unit made a brief visit to Maserati Johannesburg after completing its hot-weather testing schedule in the Northern Cape and elsewhere in SA. Maserati Johannesburg hosted private viewing sessions for guests and the media at its Bryanston dealership, and seven orders have been confirmed for the Italian supercar.

Nagesh Naidoo, Dealer Principal of Maserati Johannesburg, said: “We are very proud for SA to have been chosen as one of the official testing locations for the MC20 super sports car. The car has been creating a lot of buzz in the market, and we are excited to show it to our clients and the media.”

The mid-engined MC20 is a lightweight two-seater coupé that joins the Italian brand’s line-up of grand tourers and SUVs.

Having used Ferrari engines in its cars in recent years, Maserati powers the MC20 with an in-house-developed 3.0l twin-turbo engine with outputs of 463kW and 730Nm and a rev limit of 8,000rpm.

It is expected to go on sale locally in the fourth quarter of 2021 at about R5.5m.

Hyundai has finally relented and given us all a glimpse of its upcoming Kona N SUV. Built to take on the likes of the BMW X2 M35i and Audi SQ2, this ...
Motoring
1 year ago

The new 2021 Ford Everest Sport is one stylish load-lugger

Ford on Thursday unveiled its brand new Everest Sport. Based on the popular Everest XLT, this stylish seven-seater hits the road with a plethora of ...
Motoring
1 year ago