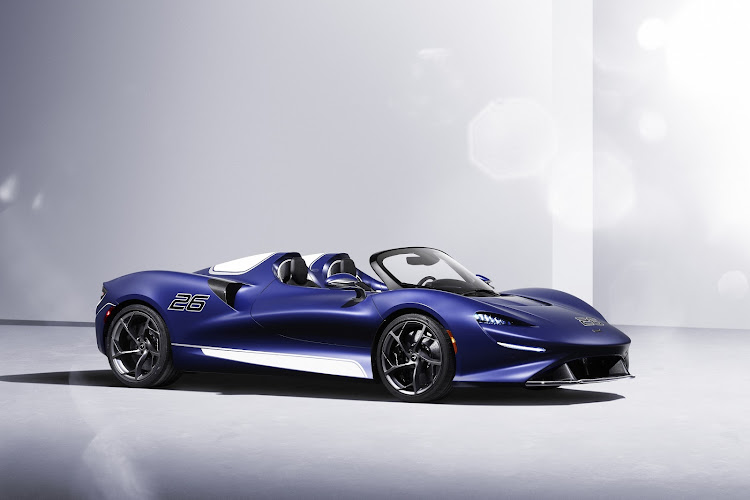 Like the original Elva, the windscreen version has no windows or roof to deliver what McLaren terms the ultimate connection between a driver, the road and the elements. Picture: SUPPLIED

With no roof or windscreen, the McLaren Elva was created in 2019 as the ultimate open-air driving experience.

Now, the British supercar manufacturer is creating a windscreen version of the roadster.

About 20kg heavier, it’s designed for customers who prefer to have a physical screen rather than the barrier of air provided by the active air management system, as well as to meet local legal requirements in some states in the US.

The windscreen, which is a permanent fixture, affords greater protection from the elements but does not in any way reduce the levels of excitement, says McLaren.

Like the original Elva, the car has no windows or roof to deliver what McLaren terms the ultimate connection between a driver, the road and the elements.

“Created to celebrate the pure joy of driving, it’s one of the most distinctive — and exclusive — cars we have made,” says Mike Flewitt, CEO, McLaren Automotive. “Whether you opt for the screenless model or the windscreen version with an additional level of enclosure, this is a roadster that rewards owners with the most exhilarating of open-air driving experiences.”

The car is named after the McLaren-Elva race cars of the 1960s designed and raced by founder Bruce McLaren.

Just 149 of the Elva will be built to customer order. The first examples of the windscreened Elva will be delivered towards the end of this year, following personalisation by McLaren Special Operations.

Kia has released a few design renderings of its new next-generation Sportage SUV. Big and bold, this flagship embraces the brand's "Opposites United" ...
Motoring
3 weeks ago

2021 Bentley Bentayga S has an increased appetite for corners

To meet growing demand for more athletic, all-terrain behemoths, Bentley has launched the Bentayga S as its sportiest SUV yet. It isn’t the most ...
Motoring
4 weeks ago