Tesla to suspend production at Shanghai plant during Covid-19 curbs 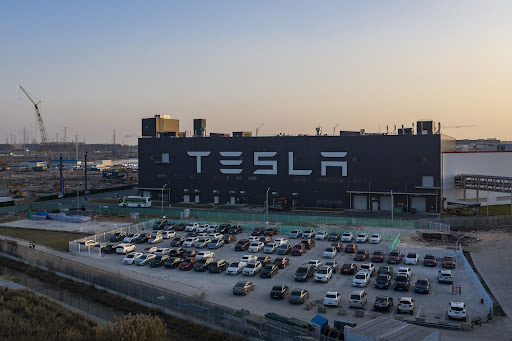 Tesla Inc plans to suspend production at its Shanghai plant for at least one day as the local government intensifies Covid-19 restrictions after a surge in cases in the city. File photo.
Image: Bloomberg

Tesla Inc plans to suspend production at its Shanghai plant for at least one day as the local government intensifies Covid-19 restrictions after a surge in cases in the city, people familiar with the matter said.

Production will be halted on Monday, the people said, asking not to be identified because they’re not authorised to speak publicly. Tesla hasn’t yet informed employees whether it will extend the suspension beyond Monday, they said. Tesla didn’t immediately respond to requests for comment.

Shanghai will lock down half the city in turns to conduct a mass testing blitz to combat a Covid-19 outbreak that has turned it into China’s biggest virus hotspot. Areas east of the Huangpu River, where the Tesla plant is located, will be locked down on Monday for four days. Tesla has not yet told its employees how long the production shutdown would last, though many of its workers would face lockdowns where they live.

The first gigafactory outside Tesla’s home country produced half the electric carmaker’s vehicles last year and had to suspend production for two days earlier this month. The company said at the time it was making its “best effort” to ensure production could continue at the plant, while “actively cooperating with the government’s order for Covid-19 tests and relevant pandemic prevention measures”.

The Shanghai factory is crucial for Tesla, considering China is the company’s second-largest market and the plant builds cars for export to Europe and elsewhere in Asia. The China Passenger Car Association earlier this month reported Tesla delivered 56,515 cars from the factory in February alone – 23,200 for the domestic market and 33,315 for export.

Elon Musk, Tesla CEO, famously resisted California health regulators’ efforts to keep a US factory closed during the early days of the pandemic. After about seven weeks of shutdown, he reopened the Fremont plant – his only US vehicle-production site at the time – on May 11 2020, flouting county officials’ orders and daring authorities to arrest him.

Musk ultimately cited the dispute as one of the reasons he moved Tesla’s headquarters from Palo Alto, California, to Austin, Texas, in late 2021.

Tesla has auto plants on three continents: in North America, the original factory in California; in Shanghai; and in Europe, where Musk last week handed over the first made in Germany Model Y vehicles at his new factory outside Berlin. In a few weeks, Tesla will celebrate the opening of a fourth auto factory  in Austin.

Volkswagen will delay the launch of its ID.5 electric car by a month to the first week of May because of disruptions in the supply of wire harnesses ...
Motoring
3 months ago

Italian car designer Pininfarina is looking at acquisitions after returning to profit for the first time in three years, CEO Silvio Angori said.
Motoring
3 months ago